A new patent filed by Alibaba seeks to develop a blockchain system that enables authorized parties to intervene in a smart contract.

Chinese e-commerce conglomerate Alibaba has filed a patent application with the U.S. Patent and Trademark Office (USPTO) for a blockchain-based system that allows a third-party administrator to intervene in a smart contract in case of illegal activities. The USPTO published the patent application on Oct. 4.

A smart contract is a computer protocol designed to digitally verify or enforce the negotiation or performance of a contract. Smart contracts are self-executing, with the terms of the agreement between the parties being directly written into lines of code.

The patent document, which was initially filed in March, describes a blockchain-powered transaction method that enables authorized parties to freeze or halt user accounts associated with illegal transactions, or intervene in a blockchain network.

The authors of the document emphasize that while blockchain technology has a number of advantageous features like openness, unchangeability, and decentralization, it still does not provide conditions applied to specific cases in a real life environment. The patent explains:

“In real life, however, there is a type of administrative intervention activities in the category of special transactions. For example, when a user performs illegal activities, a court order may be executed to freeze the user’s account. However, this operation activity conflicts with smart contracts in existing blockchains and cannot be carried out.”

The patent seeks to develop a system for effective administrative supervision of all accounts in a blockchain network, although the scope of supervision will be limited, which means it will not restrict normal transactions in the blockchain network. “The issuing account recorded in the various embodiments may be an account owned by a government agency or a trustful institution,” the patent reads. It further states:

On the Ethereum blockchain, upgradeable contracts can be issued, wherein logic and data are separated into different contracts. One will call the other using a command and a proxy contract, giving developers some control over the contract after it has been issued.

However, upgradeable contracts are far more complex than usual smart contracts, which can make them more susceptible to bugs. The new Alibaba technology would purportedly expand the ability of administrators across an entire network, in addition to simplifying the amending a smart contract. 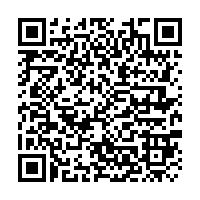