Microsoft released updates to patch 93 CVEs, along with two advisories, in this month’s Patch Tuesday. The bulletin patches issues in Azure DevOps Server, Internet Explorer, Microsoft Office, Microsoft Windows, Visual Studio, to name a few. The patches address 29 vulnerabilities rated Critical and 64 that were rated Important. A total of 21 CVEs were disclosed through the Zero Day Initiative (ZDI) program.

While none of the vulnerabilities were listed as under active attack at the time of release, a few of the bugs addressed this month fall under the “wormable” category, namely remote code execution (RCE) vulnerabilities in the Remote Desktop Services (designated as CVE-2019-1181 and CVE-2019-1182) that received Microsoft’s highest exploitability ranking. An attacker can exploit these flaws to gain code execution at a system level by sending a specially crafted pre-authentication RDP packet to an affected RDS server. Like the previously patched BlueKeep vulnerability, attackers can exploit the aforementioned RDS flaws to execute arbitrary code on vulnerable computers without user interaction.

This month’s Patch Tuesday also disables the scripting language VBScript by default on Internet Explorer on Windows 7, 8, and 8.1. This change can help prevent attacks associated with exploits that rely on VBScript to target Internet Explorer.

In early 2017, Microsoft began to disable VBScript in IE11 to prepare systems and applications for disabling it by default. The company also previously disabled VBScript for Internet Explorer 11 and WebOCs for internet and untrusted zones on all platforms running Internet Explorer 11 on Windows 10 last July.

Adobe, meanwhile, released eight patches for August that cover a total of 119 CVEs, primarily in Adobe Acrobat and Reader. The majority of the bugs are either caused by out-of-bound (OOB) read or a use-after-free (UAF) condition. A total of 20 of these were handled by the ZDI program. Photoshop also has a large update, with 34 CVEs addressed this month; 17 of these were reported through ZDI.

Users with affected installations are advised to immediately apply the updates to address the exploitable vulnerabilities. The Trend Micro

TippingPoint® customers are protected from threats and attacks that may exploit this month’s list of vulnerabilities via these MainlineDV filters: 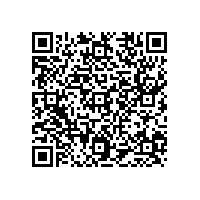