Osman Gunduz, Chair of the Azerbaijani Internet Forum (AMF), announced the country will start using blockchain on the information systems and registries of the Ministry of Justice.

The Azerbaijani Internet Forum is preparing efforts for the adoption of blockchain by the government, starting with the Ministry of Justice.

Gundiz told Trend news agency that a meeting took place on October 30 to discuss the various systems and electronic services provided by various structural units of the ministry which could adopt distributed ledger.

“The agency currently provides over 30 electronic services, and also there are about 15 information systems and registries. The registers of “electronic notary”, “electronic courts”, penitentiary service, the information systems of non-governmental organizations, the register of population, etc. can be mentioned. The planned project entitled as “Mobile notary office”, which provides for the accumulation of all notarial documents in one case, has seemed interesting.”

The notarization of electronic documents is a key element in the government’s process of disruption, Gundiz explained, adding that blockchain technologies have been successfully applied to registry activities in other countries and businesses.

Distributed ledger is expected to bring transparency to an old legacy system vulnerable to falsification of registries and databases of the Azerbaijani population. The government also plans to expand the exploration of blockchain in utilities such as water, gas, and electricity.

“Especially the fact that the ministry is interested in the introduction of the blockchain technology attracted attention. It was announced that in the future, the smart contracts will be introduced in the field of public utilities (water, gas and electricity supply). That is, this refers to the switch-over of existing contracts of citizens for utility services to smart contracts, which will ensure transparency and will allow to suppress the cases of falsification in this area. The citizens themselves will be able to independently control all these processes.”

Regarding the potential application of blockchain in the judicial system, the AMF Chairman said the work in the direction of “electronic courts” is very weak given that only a few judicial instances have been introduced to the “e-government” yet. Notarial institutions, however, have shown “a certain progress” such as the online integration of “the extracts from the register related to real estate.”

The Central Bank of Azerbaijan (CBA) is also undergoing a modernization revolving around the nascent technology. The CBA is reportedly working with multiple commercial banks and government agencies in order to implement a new system that allows banks to collect, store, and analyze customer information using distributed ledger technology developed by IBM.

The technology giant has not confirmed the information and there is no other evidence of the partnership besides the comments from the Azerbaijani authorities.

The post Azerbaijan Wants to Adopt Blockchain on Ministry of Justice Databases appeared first on NewsBTC. 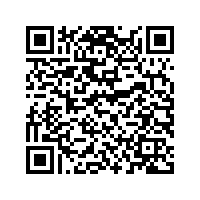