B&B Theatres, a company that owns and operates the 7th-largest theater chain in America, says it is investigating a breach of its credit card systems. The acknowledgment comes just days after KrebsOnSecurity reached out to the company for comment on reports from financial industry sources who said they suspected the cinema chain has been leaking customer credit card data to cyber thieves for the past two years. 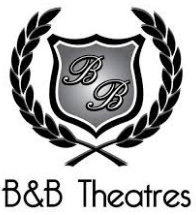