Major Spanish banks BBVA and Santander have joined the launch of the E.U. International Association for Trusted Blockchain Applications.

The representatives of two Spanish banking groups were invited to an E.U. blockchain roundtable held in Brussels by Mariya Gabriel, the commissioner for Digital Economy and Society, and Roberto Viola, director of the E.U. Department of Communications Networks, Content and Technology.

According to a BBVA press release, during the meeting  E.U. officials revealed that the IATBA will launch in the first financial quarter of 2019. The main aim of the association is to develop E.U. blockchain regulation, along with preparing the launch of E.U.-wide blockchain applications.

According to Expansion, BBVA and Santander are among the first five banks invited to join IATBA. The other members of the association have not yet been disclosed.

IATBA is an initiative promoted by the European Blockchain Partnership — a collaboration of 27 E.U. countries, including UK, France, Germany, Sweden, the Netherlands and Ireland. As Cointelegraph previously reported, the states cooperate to establish “a European Blockchain Services Infrastructure that will support the delivery of cross-border digital public services, with the highest standards of security and privacy.”

While the CEO of BBVA has previously noted some of the challenges and limitations of blockchain technology, the firm has already tested several blockchain solutions. In June, the bank partnered with Spanish energy company Repsol to test different blockchain technologies, namely Hyperledger and Ethereum.

Santander is also interested in decentralized technologies. In July, it joined IBM’s Blockchain Platform along with four other banks, and created a research team to explore the use of blockchain in securities trading. 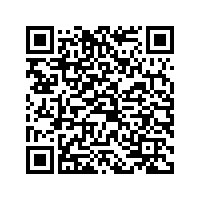