Bitcoin is in the middle of a pullback from its selloff and might be due to test the resistance at these Fibonacci levels.

The 100 SMA is safely below the longer-term 200 SMA on the 1-hour time frame, indicating that the path of least resistance is to the downside. This basically means that the selloff is more likely to resume than to reverse. The gap between the two moving averages is also getting wider to reflect strengthening selling momentum.

The 100 SMA also coincides with the 50% Fibonacci retracement level at $6,526 to add to its strength as a ceiling. This coincides with a former support zone, which might now hold as resistance since it’s close to the top of the channel. A larger correction could test the 61.8% Fib closer to $6,500 and still within the channel top and area of interest.

Stochastic is still heading north and has some room to go before hitting the overbought zone, which suggests that buyers could stay in the game for a bit longer and keep the correction going. Price is currently testing the 38.2% Fib at the mid-channel area of interest, which likely contains some sell orders, too. RSI is also heading higher so bitcoin price might follow suit while buyers are in control.

Traders appear to be liquidating some of their bitcoin positions while still waiting for more catalysts to sustain earlier rallies. There is a lot to look forward to for the industry, but it appears that investors are hoping to get more confirmation and momentum before loading up their long plays. 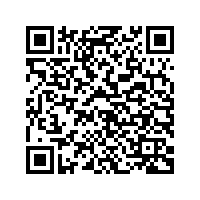