The supremacy war between Bitcoin ABC and Bitcoin SV is beginning to affect Bitcoin Cash investors keen on channeling funds through regulatory compliant avenues as Gemini. In a statement, the New York based exchange said they will list Bitcoin Cash in November once there is stability within the Bitcoin Cash ecosystem.

That may happen in November once the wave of uncertainty ends. Traders should note that Gemini is under the oversight of New York State Department of Financial Services (NYSDFS). Since the Office of the Attorney General is stringent and looking after the interest of New York residents with investments in crypto, the exchange adheres to the highest standards of banking compliance and fiduciary obligations. As a result, Gemini is taking a security first approach. They are safeguarding the security of funds because one of the hard forks lack the replay protection feature necessary to safeguard investor’s funds.

The priorities in Bitcoin Cash are:

This is what should be addressed in the next hard fork.

The uncertainty around Bitcoin Cash hard fork threatens to split the network in half destroying investments as a result. While it may be the fourth hard fork in less than 13 months, Bitcoin ABC with support from Bitmain is taking a firm stand.  On Aug 20, the team behind ABC released version 0.18.0 of their Bitcoin Cash implementation protocol complete with canonical order transactions and two new op codes. In the meantime, Bitcoin SV plan to increase block size from 32 MB to 128 MB and simultaneously introduce four Satoshis op codes. This they say is their effort to reinstate the original Bitcoin protocol.

Because of the last week minimal activity, BCH is down 12 percent from last week’s highs. This is so because of the limited price movements of the last three days failing to confirm the rapid gains of Oct 15. Overly, we remain confident that BCH prices will recover as the month progresses.

Thanks to this optimism, our last Bitcoin Cash price analysis is valid. Besides, the asset is technically bearish unless of course we see surges above $600 triggering bulls aiming for $850.

However, before that happens, we need to see bulls reversing the long upper wick hinting of bears in lower time frames aware that declines below $400 cancels this upbeat forecast and could open up bears eyeing at $250—Bitcoin Cash all time lows.

The inactivity is clear in the daily chart. Here not only is it clear that BCH is consolidating within a $200 range with clear caps and supports at $600 and $200, but bears are in charge.

Backing this view is the arrangement of price action in the last day which seems to support bears now that bulls didn’t build enough momentum to reverse Oct 11 losses.

Because of this, what we have in the three or four day chart is a doji-hinting of indecision. Altogether, we remain neutral going forward and triggers above $600 will usher in a wave of buyers eyeing $850 as aforementioned. 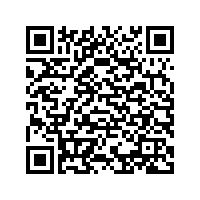