The debate around how best the network shall scale and provide passage for mass adoption in a coin that’s positioning itself as a medium of exchange is placing Bitcoin Cash value and investors in a precarious situation. While there are flickers of reversal in lower time frames, our Bitcoin Cash price analysis predicts a possible depreciation towards $300 and $220.

In less than two months, the Bitcoin Cash is set for another hard fork but this time, there are two camps competing for hash rates and implementation of their proposals. While there is room for neutrals believing the whole race lies on which group amasses the biggest share of hash rate to force an upgrade, they can find refuge in Bitcoin Unlimited and Bitcoin XT.

Anyhow, at the back of recent Bitcoin Cash stress test, there are emerging problems revolving around the increment of block size above 8 MB or even the elimination of these limits altogether. As the test vividly demonstrated, the network would inevitably struggled with orphaned blocks stemming from low block propagation rates and the inability to scale on chain.

Excellent analysis by Jonathan Toomim of the #BitcoinCash stress test.https://t.co/LehkQESa7W

Evidence indicate that the network is in immediate need of better block propagation algorithm to counter the slow propagation rates at around 300—1000 KB/s as noted by users. This introduction would therefore demand the introduction of Canonical Order Transaction in line with Bitcoin ABC proposals which in turn means the implementation of DSV or OP_CHECKDATASIGVERIFY.

Judging from these arguments, the majority is leaning against this. As they do, they insist that a better and powerful version of this opcode is in-built and baked into the Bitcoin source code from where BCH forked from. So far options against DSV include Recursive smelting and using Rabin Digital Signatures (RDS).

No doubt, the indecision from a fundamental level is impacting price negatively. It’s along this line of though that there is nothing surprising about the slide in Bitcoin Cash prices. At the time of press, BCH is down three percent. And from candlestick arrangements, we expect further depreciation in line with week ending Sep 9.

That candlestick is a Bitcoin Cash bullish damper. And it is definitely hampering price surges above $600. This confirms the bear break out pattern set in motion after the close of week ending Aug 12. Then Bitcoin Cash did  following through on the previous week breach and close below the 12-month monthly support trend line.

Considering this, we recommend selling on every pull back in lower time frames with ideal bear targets at $300. If sellers step up then targets would shift to BCH’s all-time lows of $220.

The past few days has been volatile for Bitcoin Cash and the crypto sphere in general. While prices were higher on Sep 18, the fact that price action is still trending within Sep 17 high-volume, bear engulfing candlestick printing in a deep bear cycle speaks tones about the underlying trend.

All things constant, BCH is on a down trend. Advised by developments in the weekly chart, the path of least resistance is southwards. Because of this, we recommend shorts at spot rates with stops at Sep 17 highs at $550. Conservatives on the other hand have two options depending on break out directions. First, any dip below $400 opens doors for $300. Secondly, a shot past $500 as could aid thrust Bitcoin Cash prices towards $850. 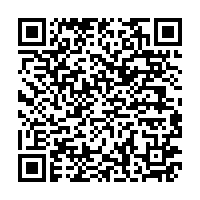