A week to Bitcoin Cash’s half-year software upgrade and BCH/USD is vibrant, adding 45 percent in the last week. Aside from that, BCH is trading above $600 in a bull break out pattern meeting our previous BCH/USD trade plans.

Obviously the market is split ahead of the contentious software upgrade. Aside from CoinBase declaring their support of the official chain that the Bitcoin Cash official website shall publish, Binance said they shall support both chains should Craig Wright and Bitcoin ABC fail to settle before Nov 15. However, they will be cautious allowing trades once there is stability and security.

Here’s what you can expect before the BCH system upgrade later this month https://t.co/32khx5h9cg

All in all, this is an existential race more so if you factor in hash rate control. Bitcoin SV is dominant controlling around 18 percent of the total hash rate while Antpool has 3.3 percent of the network’s hash rate but holds around one million Bitcoin Cash. Still, this is a complex game of chess and with has rates, miners will determine which chain die.

But, like all hard forks, it is safe not to be caught in between. Therefore, traders and investors should move their coins to hardware wallets hours or even days before the hard fork as most exchanges are yet to announce their position.

After last week’s spike in trading volumes, we now have a three-bar bullish reversal bar off $400, our immediate support line. We remain confidence of further higher highs partly because of the $600 bull break out trade but also because of the high trade volumes as bulls reject lower lows below $400.

With the activation of our last BCH/USD trade conditions, conservative traders are free to buy on dips with stops below $600. This is so because there is a clear bullish reversal pattern, the Morning Star. Needless to say, if buyers maintain prices above $600, then it is likely that prices will race towards $850 as the software upgrade executes smoothly.

From the chart, BCH/USD is trading within a bullish break out pattern following spikes in daily trading volumes. As a matter of fact, the average trade volumes in the last three days exceed 100k which is twice that of the late Oct. Moving on, we recommend buying at spot with stops at around $550 with first targets at around $850 in line with our previous BCH/USD trade plans.

All charts Courtesy of Trading View

The post Bitcoin Cash Price Analysis: With or Without Consensus, BCH/USD Could Test $850 appeared first on NewsBTC. 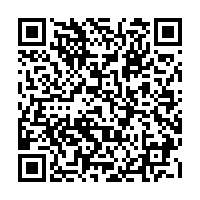