Blockchain technology company, Bitfury, has raised $80 million from a number of global institutional and corporate investors.

The digital currency mining startup was reportedly considering a $5 billion crypto IPO, with a plan to go public in either Amsterdam, London, or Hong Kong. As an alternative, Bitfury was open to selling stakes or debt financing.

Today’s announcement reflects the firm’s achievements, according to Valery Vavilov, CEO and co-founder of Bitfury.

“2018 has been a year of incredible expansion for Bitfury. This private placement reflects our achievements, and it recognizes our ability to address adjacent market segments in high-performance computing, including in emerging technologies like artificial intelligence (AI). The institutionalization of blockchain and cryptocurrencies, partnered with the opportunity of these emerging technologies, is a natural expansion opportunity that Bitfury will build on — in 2019 and beyond.”

The London and Amsterdam-based firm earned $450 million annual revenue as of March as a result of the cryptocurrency fever of late 2017.

“We are joining Bitfury as a lead investor at an incredibly exciting time for both the company and the blockchain ecosystem. Bitfury has grown from a small startup to the largest western blockchain unicorn, equipped with worldclass leadership and expertise, consistently delivering innovative solutions across the entire blockchain ecosystem.”

Bitfury has raised funds five times throughout the years, according to Crunchbase, coming to a total funding of $170 million. The venture round in 2017 was led by Credit China FinTech Holdings and raised a total of $30 million. The three other private placements, Series A (2014), Series B (2014), and Series C (2015), raised $20 million each.

Mike Novogratz, Galaxy Digital CEO and founder, is a leading investor in cryptocurrency and blockchain businesses. He has been an active investor in 2018 while he awaits Bitcoin to revisit its all-time high in 2019.

“We are excited to partner with Bitfury, a leading solutions provider in blockchain and Bitcoin. We are impressed with Bitfury’s unparalleled team, as well as the company’s vision, technical expertise and global reach, all of which are essential to advancing the underlying Bitcoin ecosystem.”

In order to reduce utility expenses to a minimum, the firm is committed to operating its data centers on renewable energy and its immersion cooling technology allows for a significant reduction of datacenter electricity use. 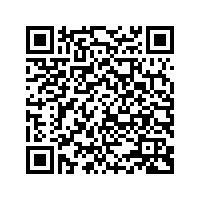