Even if prices are low and on-chain development slow, Charles Hoskinson and Cardano are literally hitting milestones. Though it could take a decade or more before Voltaire, once it goes live Cardano might easily outperform competing platforms. This is so because Cardano’s foundation is thorough with scientific verification. Price wise ADA/USD is technically bearish. Unless there are strong moves above Oct 29 highs and key liquidating resistance trend line, bulls stand no chance.

Any altcoin is as good as the team behind it. That has been the word from the very beginning and surely Cardano is living and breathing by it. Charles Hoskinson, the serial developer behind platforms as Ethereum Classic rarely flatter. So whenever there is a positive comment, his thorough analysis and/or criticism highlight brilliance. He recently commended Algorand, a blockchain project adopting the peer review path, claiming they now have a competitor.

Congratulations Silvio, we finally have some real competition https://t.co/fI3FzcwIL3

Though this could be a bit harsh for existing platforms that brag on their exclusivity, flaws are inevitable. More often than not, Charles Hoskinson isn’t shy to highlight them and even proposing solutions as good will for the community’s sake.

I’ve decided to have an Ethereum mode developed for our Mantis client so it can support both ETC and ETH. I guess we finally got around to building an Ethereum wallet

In the grand scheme of things, Cardano progress is slow and almost stagnant at some point but still there are movements. Straight from SCALA and the Mantis Client where the team did recreate a copy of Ethereum with just 15,000 lines of code. What’s interesting about this is not the clone itself but the chain could be satisfactorily verified with property-backed testing.

Today we launch the second #Cardano testnet, which is for the IELE virtual machine (VM) and follows our recent launch of the KEVM testnet. Developers now have the opportunity to explore Cardano’s #smartcontracts technology, read more here: https://t.co/VAzuYwvFWe @cardanocom #Ada pic.twitter.com/CegeGlA4XZ

Besides, developers can easily deploy the Ethereum Classic full node. Soon it will have the same support for the Ethereum client. Additionally, substantial development continues after the launch of IELE virtual machine for smart contract deployment. Already two test nets created from K-Framework semantics allowing for formal development of crypto developments are now with IELE and KEVM. If anything this is huge for Cardano and ADA.

Technically, the path of least resistance is southwards. It doesn’t matter the fall from 2017 highs because it appears that sellers are unrelenting in their effort. From the weekly chart, we easily note that ADA/USD sellers have been successful reversing all of 2017 gains. However, it appears that they are insatiable and breaks below 6 cents, the new ADA’s all time lows, could trigger another wave of sell pressure driving this coin to oblivion.

Like in our previous ADA/USD trade plans it all depends on whether there will be confirmation of the bear break out pattern of early August even in this consolidating market. If ADA cave-in, wiping out gains of week ending Sep 23 then conservative traders should sell on retests at 6 cents. Thereafter they shall let the trade run with safe stops at 9.5 cents.

In the meantime, cracks are beginning show in the daily chart. Though we were net bullish not because of Oct 15 rallies but because of the depth of ADA/USD correction, the reversal of Oct 15 bulls did push prices below 7 cents. This is minor support and sell trigger meaning trades with stops at 7.5 cents or Oct 29 highs are live.

Traders should take every high as liquidation points in lower time frames with first targets at 6 cents. On the other hand, clearance of 7.5 cents mean risk on traders can begin becoming comfortable with gains above Oct highs at 9.5 cents as bulls build momentum for 12 cents resistance clearance. 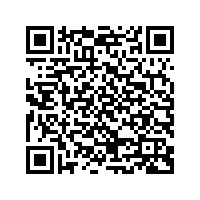