Regardless of the politics around ZRX CoinBase listing, ADA could possible bottom up despite yesterday’s losses. Overly, we maintain a bullish stand now that there has been a strong correction from 2017 highs with bears threatening to dip below ADA’s all-time-lows at 6 cents.

As I type this, ZRX, an ERC-20 token of The Ox protocol is live at CoinBase. Well, the results are obvious and have been the source of anger, postulation and criticism moments after CoinBase availed ZRX for their US customers. While some of these criticisms may be valid and perhaps even be the basis of a wider investigation many should realize that the $8 billion US exchange does list coins at their own discretion. We can even argue that CoinBase is just like any other for profit exchange. It’s only that it happens to be popular, hack free and has the trust of the community.

While ZRX is the first ERC-20 token and one of the five coins/tokens CoinBase was exploring, the fact that Cardano and three other coins were left out made no sense for many. Though Cardano doesn’t meet some of the platform’s digital framework because of its centralization—IOHK does all the mining and has no working prototype, Charles Hoskinson and the team behind Cardano are working overtime to make this project a reality.

Milestones have been hit and Project Shelly is set for Q1 2019. Unless there is project acceleration, we don’t expect Cardano to be fully operational in months. However, it’s no secret that once it launches it will definitely clip some market share from Ethereum and EOS.

Technically, Cardano (ADA) is in consolidation and safe the occasional pumps and resistance around the 10 cents to 12 cents region, our previous Cardano price analysis is valid. This is so because not only are prices ranging inside week ending Sep 23 high lows but Oct 15 bulls could affirm the presence of buyers who have so far been successful in rejecting lower lows.

If anything, risk-averse traders should hold a neutral stand only taking longs once there are strong gains above 12 cents. Thereafter, they can begin packing on dips with first targets at 20 cents. Conversely, any break below 6 cents—the new ADA all-time-low open doors for new lows. When that happens, we recommend selling on all pullbacks with stops at around 10 cents. Thereafter we can  let the trade run.

ADA is down roughly five percent in the last day but still trading below the minor resistance trend line. Obviously, it is a liquidating line preventing gains above 9.5 cents.

Because of this, it’s likely that our last Cardano trade plan could materialize today or over the week. However, that is subject to gains above 9.5 cents. What traders need to see are strong thrusts triggering buyers in line with Oct 15 trend definition. Remember, gains above 12 cents automatically means ADA is bottoming up and bulls are in charge. 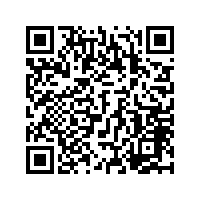