Even if prices are low and on-chain development slow, Charles Hoskinson and Cardano are literally hitting milestones. Though it could take a decade or more before Voltaire, once it goes live Cardano might easily outperform competing platforms. This is so because Cardano’s foundation is thorough with scientific verification. Price wise ADA/USD is technically bearish. Unless … END_OF_DOCUMENT_TOKEN_TO_BE_REPLACED 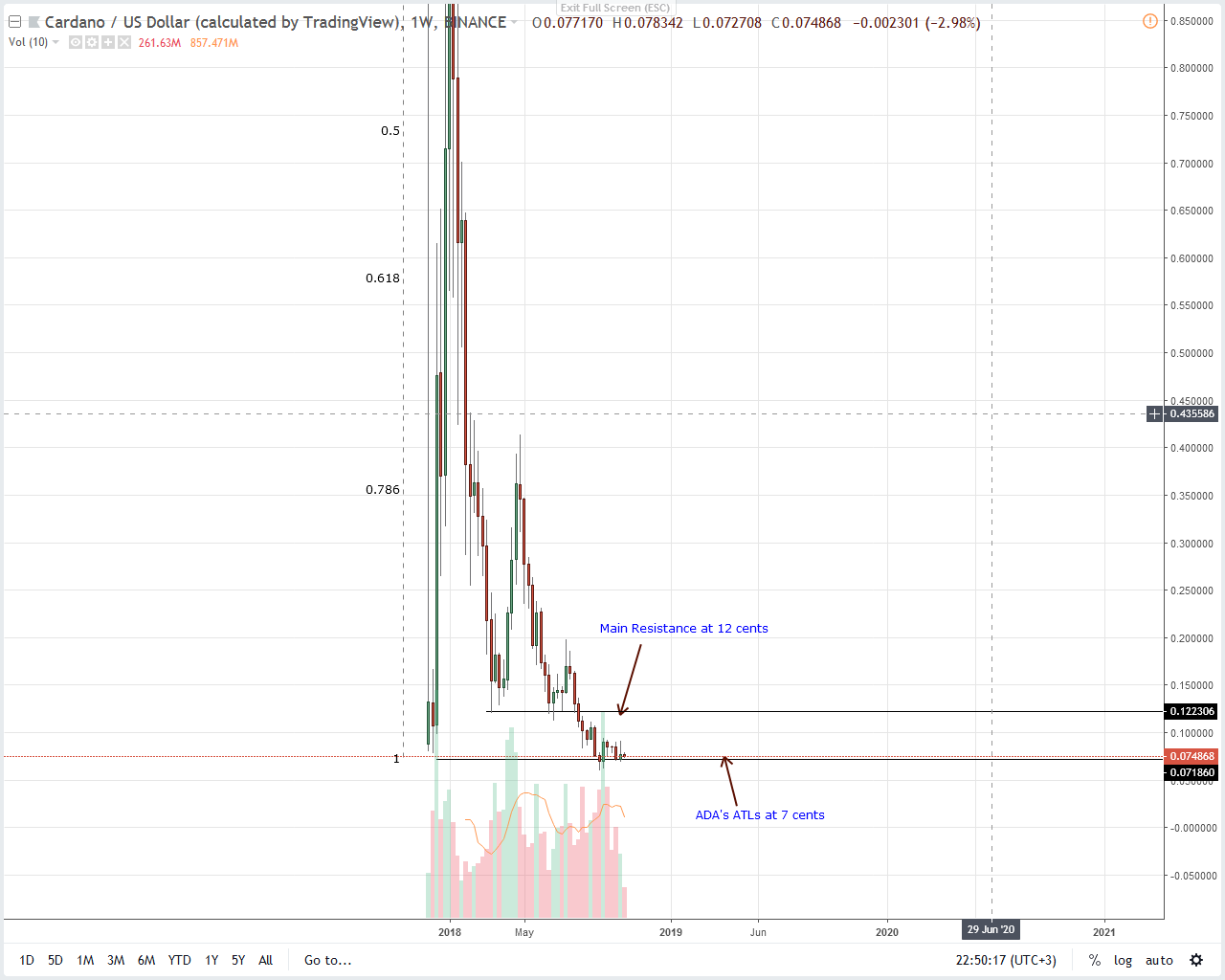 For now, the differences between IOHK and Cardano Foundation isn’t affecting price. But should it escalate and the other side of the story leaks from CF, then we might have a glance of what the team thinks of Charles Hoskinson, the Founder. As it is, ADA/USD is level and above 7 cents meaning our previous … END_OF_DOCUMENT_TOKEN_TO_BE_REPLACED 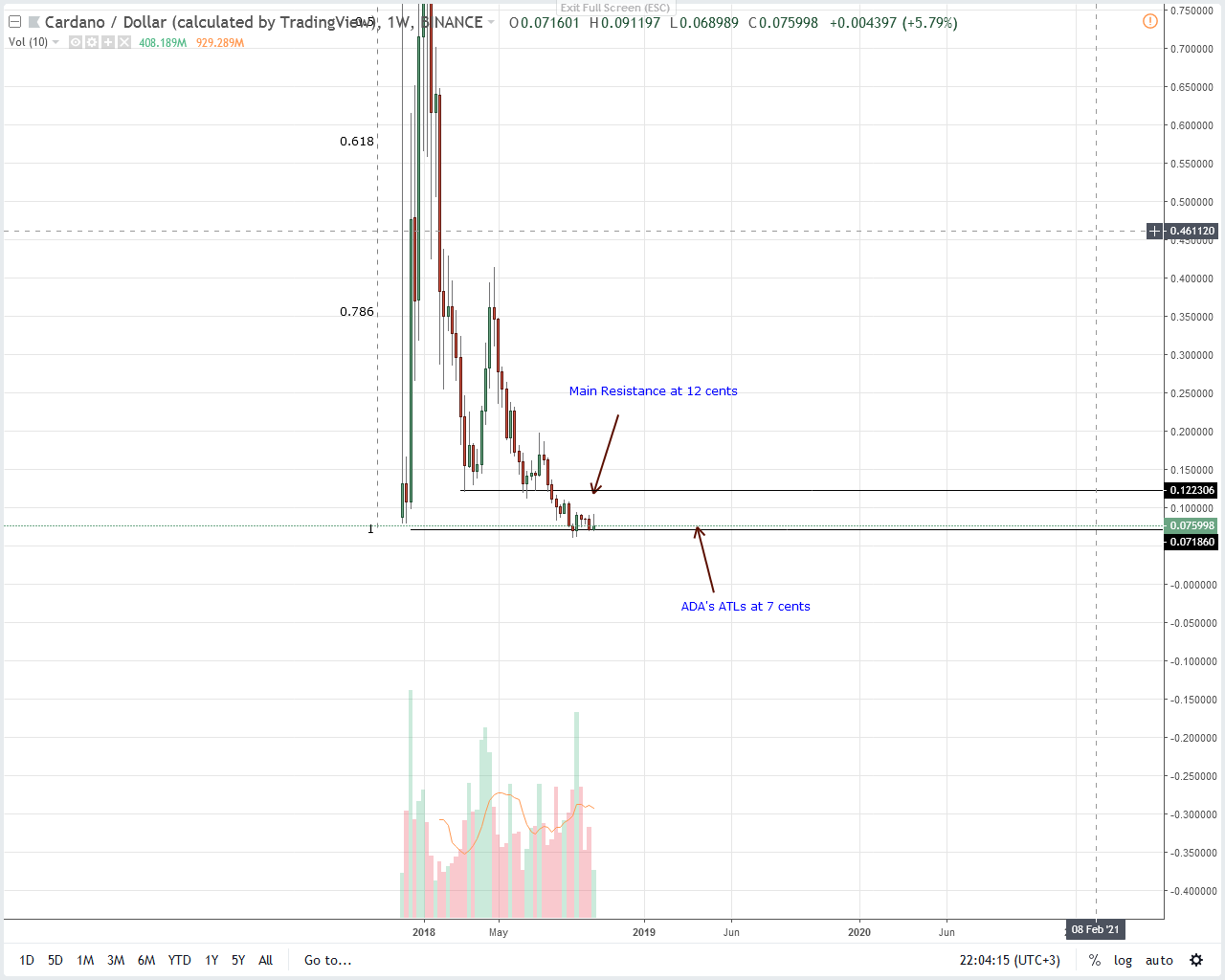 Regardless of the politics around ZRX CoinBase listing, ADA could possible bottom up despite yesterday’s losses. Overly, we maintain a bullish stand now that there has been a strong correction from 2017 highs with bears threatening to dip below ADA’s all-time-lows at 6 cents. Latest Cardano News As I type this, ZRX, an ERC-20 token … END_OF_DOCUMENT_TOKEN_TO_BE_REPLACED 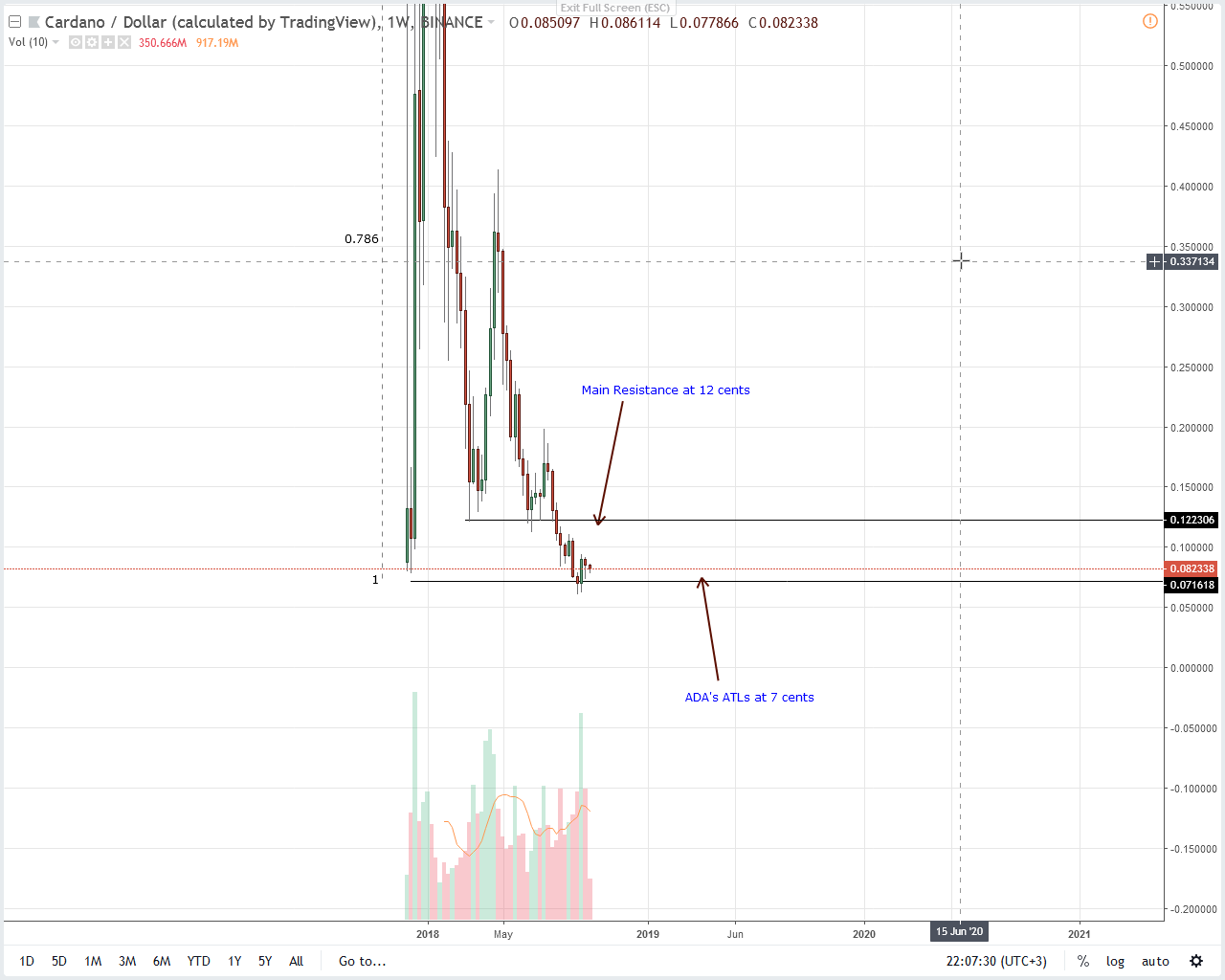 Development in Cardano is slow but sure. There is a third party auditing of product launches and IOHK are responsible in case of failure. Thus far, Yoroi and Rust have been launched three days after marking the platform’s first anniversary. While effect on price is negligible, it is massive for Charles Hoskinson and other developers. … END_OF_DOCUMENT_TOKEN_TO_BE_REPLACED 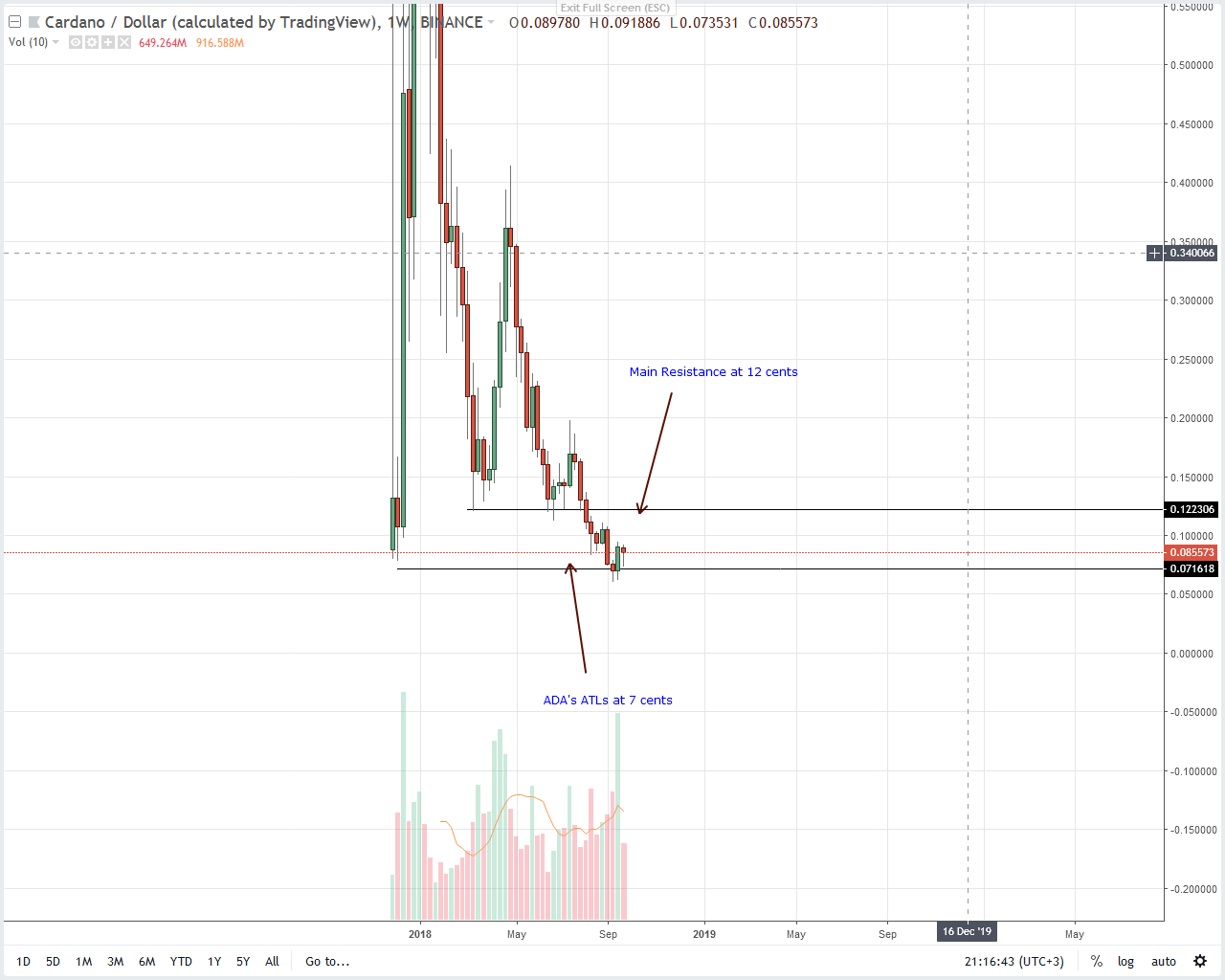 Cardano is one of this week’s top performers adding 15 percent in the last week. Overly, we retain a bullish stance thanks to surging trade volumes driving prices across wide trade ranges. That’s why despite recent price slides, we recommend traders to buy at spot rates with first targets at 12 cents and later 20 … END_OF_DOCUMENT_TOKEN_TO_BE_REPLACED 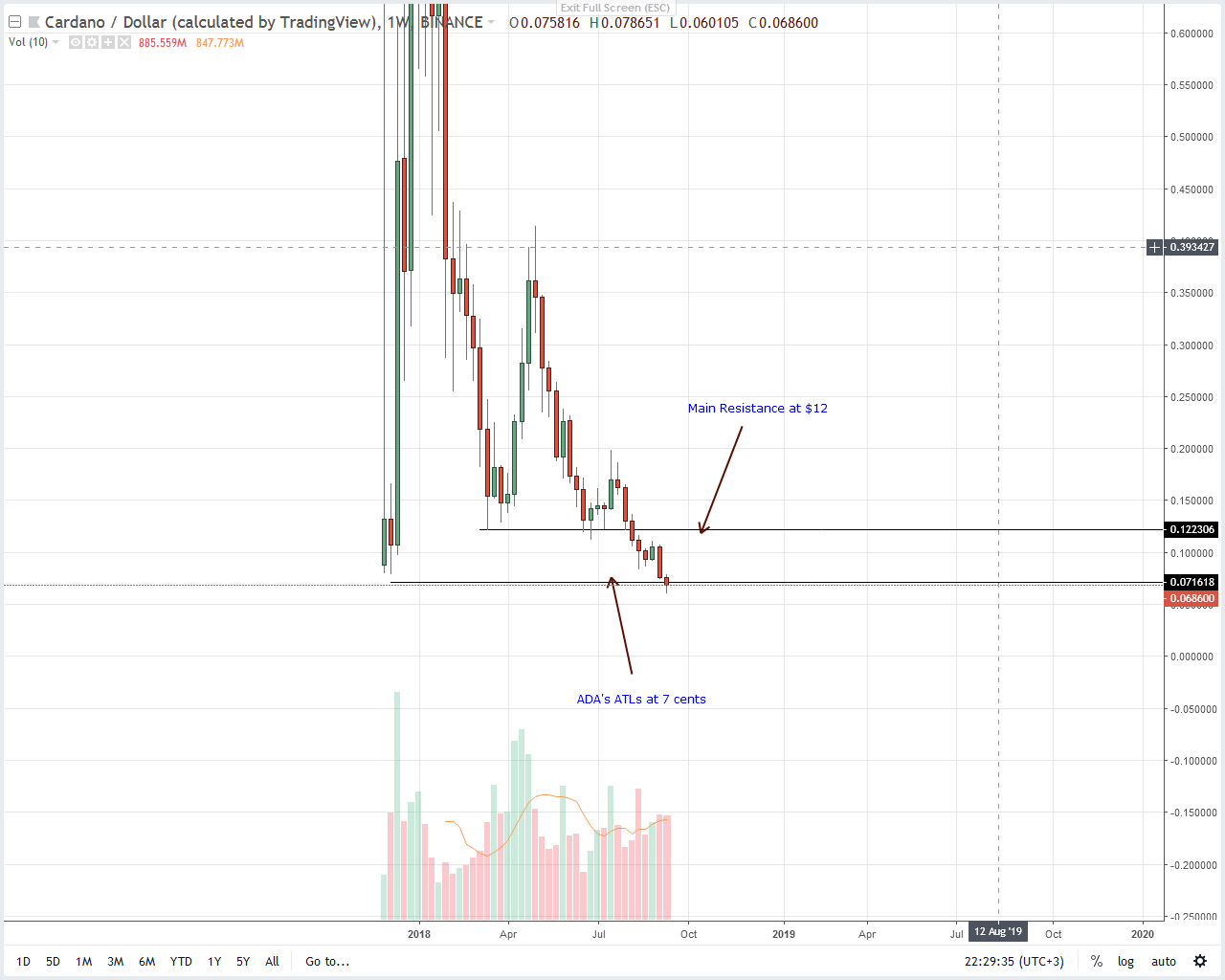 There are low time frame recoveries but it looks likely that our previous Cardano price analysis and subsequent price predictions remain true. This is despite the flurry of positive price boosting Cardano news which should naturally lift prices above it’s all-time-lows and main support at 7 cents. If anything, Cardano has a bearish outlook that’s … END_OF_DOCUMENT_TOKEN_TO_BE_REPLACED 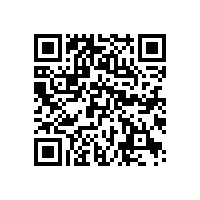