While speaking on a recent panel, Elizabeth Schulze, CNBC technology correspondent, explained how Bitcoin’s long-term survival as an asset and currency depends upon people believing in it.

Bitcoin’s Long-Term Survival Will Be Determined By Its Users

The current price action witnessed with Bitcoin, is enough to shake even the strongest investor’s hands.

The continued price decline and the recent break of important support that took the cryptocurrency to new lows has created unparalleled fear, uncertainty, and doubt (FUD) in investors everywhere, who are now left questioning the long-term validity of their investment.

That long-term validity, Bitcoin’s very survival, will be determined by its users, according to Schulze.

“Bitcoin’s success ultimately hinges on its customers – its buyers believing in it. It’s not something backed. There’s no authority that is going to come in and say ‘we’re going to buy Bitcoin if nobody else does’ so there really is a belief in this system,” Schulze said in a CNBC segment.

Bitcoin and cryptocurrency is a speculator’s game. At the moment, it’s nearly impossible to assign a realistic value to Bitcoin or any of the thousands of cryptocurrencies in the wild. The value of other asset types are based on a number of tangible factors, such as revenue streams, assets, liabilities, and more.

Given Bitcoin’s potential to replace the entire world’s fiat currency system, its value could be extremely high – potentially hundreds of thousands per BTC given its scarce supply. But it’s hard to say what Bitcoin should be worth based on its current use cases.

This is why Schulze’s comments ring true: Bitcoin will only succeed if enough people believe in the asset and technology changing the future, or at least believing in it as a form of payment, a store of value, or any of the other things Bitcoin is pitched as.

Since valuation is difficult, investors look to trends to tell them when to buy. And after so many retail investors and hedge funds got burned by buying into the last bull run, new money coming in has all but dried up, which can in part explain the continued price decline.

“It currently looks like there’s enough early investors still out there, you know, it hasn’t gone to zero. But not a lot of retail investors, not a lot of hedge funds, [or] overall investors [are] getting in,” Schulze explained in closing.

Bitcoin is currently trading at around $3,700, over 40% less than it was just a month ago. The asset billed as “pure digital gold” is down roughly 80% from its all-time high in December 2017, leaving many wondering what will end up happening to the original cryptocurrency that started it all. 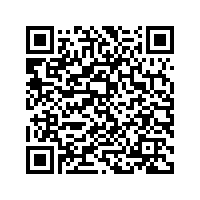