The Singapore-based cryptocurrency exchange KuCoin has announced that they are delisting ten crypto tokens under their Special Treatment Rules framework that ensures that the tokens listed on the platform meet a strict set of operational criteria.

The platform’s decision to delist these tokens comes amidst a persisting bear market that is leading many smaller cryptocurrencies to be illiquid, which can lead to a host of problems including increased susceptibility to fraudulent trading activity, including pump and dump schemes.

The crypto bear market that has persisted throughout 2018 has drawn a significant amount of funding away from all cryptocurrencies, but especially smaller ones that are less well known and riskier.

The exchange cited multiple factors that contributed to their decision to delist these tokens, including not meeting the exchange’s requirements regarding token liquidity, roadmap adherence, network security, trading conduct, and solvency requirements.

The exchange first designates tokens as “Special Treatment,” which warns the projects and their investors that they are at risk of being delisted. If the projects fail to confront and solve the issues cited by the exchange, they will be delisted.

Although there are multiple factors that contribute to a token being designated as Special Treatment, liquidity is the primary concern currently, as multiple tokens face dwindling trading activity as the bear market continues to persist.

KuCoin explained the liquidity issue on their Special Treatment page, saying in part:

Trading for the aforementioned tokens was halted on December 24th, 2018, and investors have until March 21st, 2019, to withdraw their tokens to wallets or other exchanges.

Many investors and analysts alike anticipated that the 2018 crypto crash would result in a “market purge” that would lead many of the nearly 1,700 cryptocurrencies to disappear. The most probable way that this will happen is for the tokens to be delisted by exchanges due to their lack of liquidity.

Following KuCoin’s decision to delist the aforementioned tokens, both their prices and their trading volumes plummeted.

Jibrel Network (JNT) is currently trading at $0.046, down significantly from its weekly highs of $0.065. After being delisted from KuCoin, JNT’s daily trading volume dropped from over $2 million to lows of $60,000.

BitClave (CAT) was also incredibly affected by the delisting, dropping from weekly highs of $0.0024 to lows of $0.000527. CAT’s trading volume is currently near zero.

As the crypto bear market continues to endure, it is highly likely that many more tokens will see their trading volume disappear as they are delisted from virtually all major cryptocurrency exchanges. 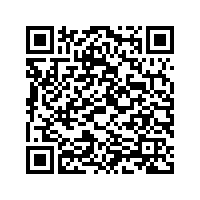