CryptoOracle partner Lou Kerner said that strong cryptocurrencies should be viewed like the big companies that came out on top after the dot-com bubble.

Lou Kerner, a partner at venture capital firm CryptoOracle, compared the current slump in crypto prices to the dot-com burst in the early 2000s in an interview with CNBC Nov. 21.

On CNBC’s “Worldwide Exchange” show, Kern stated that strong coins should be viewed like the big companies that came out of the dot-com bubble, using the example of e-commerce giant Amazon:

“If you go back to the internet bubble, which is what a lot of us in crypto look at for direction, Amazon, arguably one of the greatest companies in the history of the mankind, was down over 95 percent over two years.”

Amazon went public in May 1997, with its share price of $18 per each. By December 1998, the company’s share price surged to more than $300 per share, but right after the dot-com bubble burst in March 2000, the share price slumped to just under $6 per share. Over time, Amazon managed to become the second U.S. company to reach a market value of $1 trillion.

Kerner said that current volatility is nothing compared to what longtime BTC investors have encountered, recalling a day in 2013 when the market fell by 70 percent overnight.  “This is what investing in crypto is all about,” Kerner added, also noting that the impact of all great technological changes is overestimated in the short term and underestimated in the long term.

The venture capitalist further stated that Bitcoin is “the greatest store of value ever created,” adding that the leading cryptocurrency will surpass gold over time. When asked what could be behind the recent slump on the cryptocurrency market, Kerner argued that “crypto has been so weak because [for] most of it there is no underlying value outside of confidence.”

Many industry experts have shared a positive outlook regarding the future of crypto market. Bart Smith, digital asset head at U.S.-based global trading and technology firm Susquehanna, said he is still a long-term BTC believer amidst the market crash, emphasizing that crypto trading is a “long game” and that “every great idea is volatile.”

Spencer Bogart, a partner at the venture capital firm Blockchain Capital, also believes that crypto opportunities are “still gigantic” despite the current bear market. Bogart also expressed his “mono-crypto” position, claiming that Bitcoin has the “largest established network effect” and is “more than five times larger than the number two crypto.” 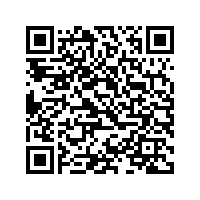