As predicted crypto markets have dumped again after a few days of solid gains and the dead cat has bounced. Over $10 billion has flooded out wiping out all progress made this week. Total market capitalization is back below $130 billion and heading south again.

Bitcoin led the lemmings once again when it plunged almost 9% from $4,300 to a low of $3,940 a few hours ago. BTC has since recovered to back around the $4,000 level but further losses are likely. Ethereum tumbled in predictable fashion with a loss of over 6% to a $112 low for the day where it currently trades.

Altcoins are all bleeding again during Asian trading today. Bitcoin SV dropping the most with over 12% down towards $90, its brother BCH not far behind with an 8% slide. Cardano is losing a similar amount as it slips closer to dropping out of the top ten again. Stellar has retained its fourth spot above Bitcoin Cash despite dropping 6%. The rest in the top ten are dropping 4 to 6 percent on the day at the time of writing.

The top twenty is enduring heavier losses this Saturday with Neo, Zcash and Ethereum Classic all shedding 8 to 10 percent at the moment. The rest are falling around 6 to 8 percent on the day.

Yesterday’s fomo pump is still going today as Theta Token adds another 40% during the bleed out. It would be unwise to bet against it being the biggest dumper tomorrow however. Factom and MOAC are still climbing at the time of writing. Dumping the pump is Bitcoin Private nosediving 18% on the day, closely followed by Chainlink dropping 15% during Asian trading.

Today’s dump has been predicted as crypto markets dropped $10 billion in a few hours. Total market capitalization currently stands just below $130 billion and is poised for further declines which may mirror last Sunday’s big dump to the lowest point of the year. All gains made during the week have now been lost in the 7% slide and there are dark clouds on the horizon in crypto land. 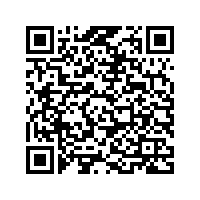