A new piece of malware is targeting Internet of Things (IoT) devices in an attempt to ensnare them into a botnet capable of launching distributed denial-of-service (DDoS) attacks, Sophos Labs reports.

Dubbed Chalubo (ChaCha-Lua-bot), the malware incorporates code from the Xor.DDoS and Mirai families, but also brings improvements in the form of anti-analysis techniques. Specifically, the authors have encrypted both the main component and its corresponding Lua script using the ChaCha stream cipher. 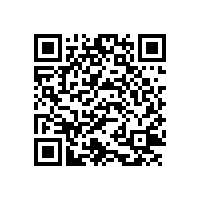