Founded in 1997, HTC is a Taiwanese consumer electronics manufacturer, which was the leading smartphone vendor in the U.S. at the end of 2010, according to TechCrunch. The company’s market share began decreasing, when it trailed Apple, Samsung, and LG with a roughly six percent market share in the U.S. in 2014. In 2017, HTC held 2.3 percent of the smartphones market share, while in 2018 it purportedly controlled less than a half percent.

Brave — an open-source blockchain-powered browser, which blocks ads and website trackers — will reportedly be pre-installed on the HTC Exodus 1, “the first native blockchain phone” with support for multiple blockchains, including Bitcoin (BTC) and Ethereum (ETH) networks. The forthcoming project of HTC Exodus 1 was initially announced in May 2018.

Brendan Eich, co-founder of Brave and previously Mozilla, announced the partnership with HTC in a tweet on Dec. 8, saying that “we are very happy to have @Brave as default browser and to be working with HTC on their Exodus phone.”

Brave browser uses Basic Attention Tokens (BAT), that send advertisers’ payments to Brave and its users, and subsequently can be used to pay for premium content. In June 2017, Eich raised $35 million in 30 seconds during the BAT Initial Coin Offering (ICO).

Also this summer, the Opera browser for Android announced the launch of a private beta version that will include a built-in crypto wallet. Opera’s crypto wallet will support Ethereum Web3 application programming interface (API) and will be integrated with a “default WebView” on top. 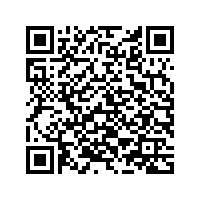