Of all the coins under review, Tron is a top performer adding two percent in the last day. Regardless, sellers are in control. As a result, at spot prices, EOS, Litecoin, Stellar Lumens and Cardano traders should be shorting on every high in lower time frames. Reasonable stops should be at recent highs with first targets in line with our altcoins price analysis.

Days after backing use of Credit cards, Jimmy Song, a Bitcoin developer and educator said EOS is a scam in a recent interview. He went on saying the dApp platform will “die in a dumpster fire in the next five years”.

Back to price action, and EOS is stable after three days of moderate gains. Nevertheless, we retain our previous EOS trade position recommending aggressive bear traders to unload at spot rates with stops just above Oct 11 highs. Notice that the general trend is bearish. Besides, as mentioned in our last preview, we are trading within a bear break out pattern following the depreciation below the minor support trend line. However, for risk-averse traders to be in charge then we need to see strong losses below $4.5 and $4. Thereafter, first bear targets would be at $1.5.

Price movements of the last three days has been characterized by tight trade ranges and very light volumes. These tight price ranges mean prices are above the main support line at $50 but still oscillating within Oct 11 bear engulfing bar. If anything, this inactivity is overly bearish for Litecoin further cementing our previous Litecoin price analysis. Going forward, we shall hold off trading in line with our last recommendation as we wait for losses below $50 confirming a bear break out trade of early August. Thereafter, first targets would be at $30 as per our previous reiterations.

Like most coins, the reaction by bulls to counter bear attempts has been disappointing to say the least. Not only are prices moving within tight ranges but they seem to be in distributing further dumping bulls hope. All things constant, risk-off traders should find selling opportunities whenever higher highs print in lower time frames. On the other hand, conservative traders should be angling for 8 cents once prices drop below 2018 lows at around 18 cents-20 cents.

Justin Sun shills could end up supporting TRX prices if recent rumors are anything to go by. After double digit losses mid last week, the smart contracting founder Tweeted saying they shall partner with a major billion-dollar company.

Well, unconfirmed reports hints that this company is Baidu or China’s Google. According to people familiar with this partnership, the internet provider shall formally announce this partnership in the next couple of days.

Price-wise and TRX is a “top performer” after adding three percent in the last day. Nonetheless, this doesn’t cancel our last Tron trade plan. After all, prices tend to pull back after a session of high volatility as seen on Oct 11. So, unless there are gains above Sep highs at 3 cents, aggressive traders should short at spot rates with stops at 3 cents with first targets at Jan 24 lows. In the meantime, risk-averse traders should wait for a clean break out above 3 cents or below 1.6 cents which doubles up as Aug and Sep lows.

Initially, Emurgo and the Cardano Foundation was designed in a way that there was redundancy. As such, in an even of a split or failure by one wing of the Cardano then the whole project won’t screech to a halt. Now citing performance frustration coming from Cardano Foundation’s lack of activity Charles Hoskinson and Emurgo’s Ken Kodoma are pushing for the foundation “to voluntarily subject itself to the Swiss authorities; for a complete audit of all of the Foundation’s financial transactions and major decisions to be conducted; and for the results to be released to the general public.”

The doldrums in Cardano didn’t reflect on price. Instead, the degradation of Oct 11 is evident. Like most coins, prices are moving in a tight trading range with main supports at 7 cents. Regardless of price resuscitation, ADA is bearish and we recommend risk-off traders to short at current prices with stops at Oct 11 highs. However, dips below 6 cents of ADA’s ATLs will trigger the next wave of sell pressure. As such, risk-averse traders should trade with the trend until clear bull reversal patterns print. 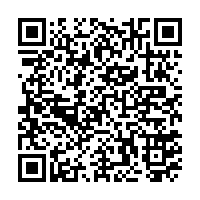