Still, the statistics collected by the tool, as well as the total number of downloads, show that after the NotPetya attack, people’s awareness of the threat did increase.

“Running Eternal Blues is, by definition, being aware of the problem,” Erez noted.

He shared with Help Net Security the statistics collected from July 1 to July 12, and they tell the following story: 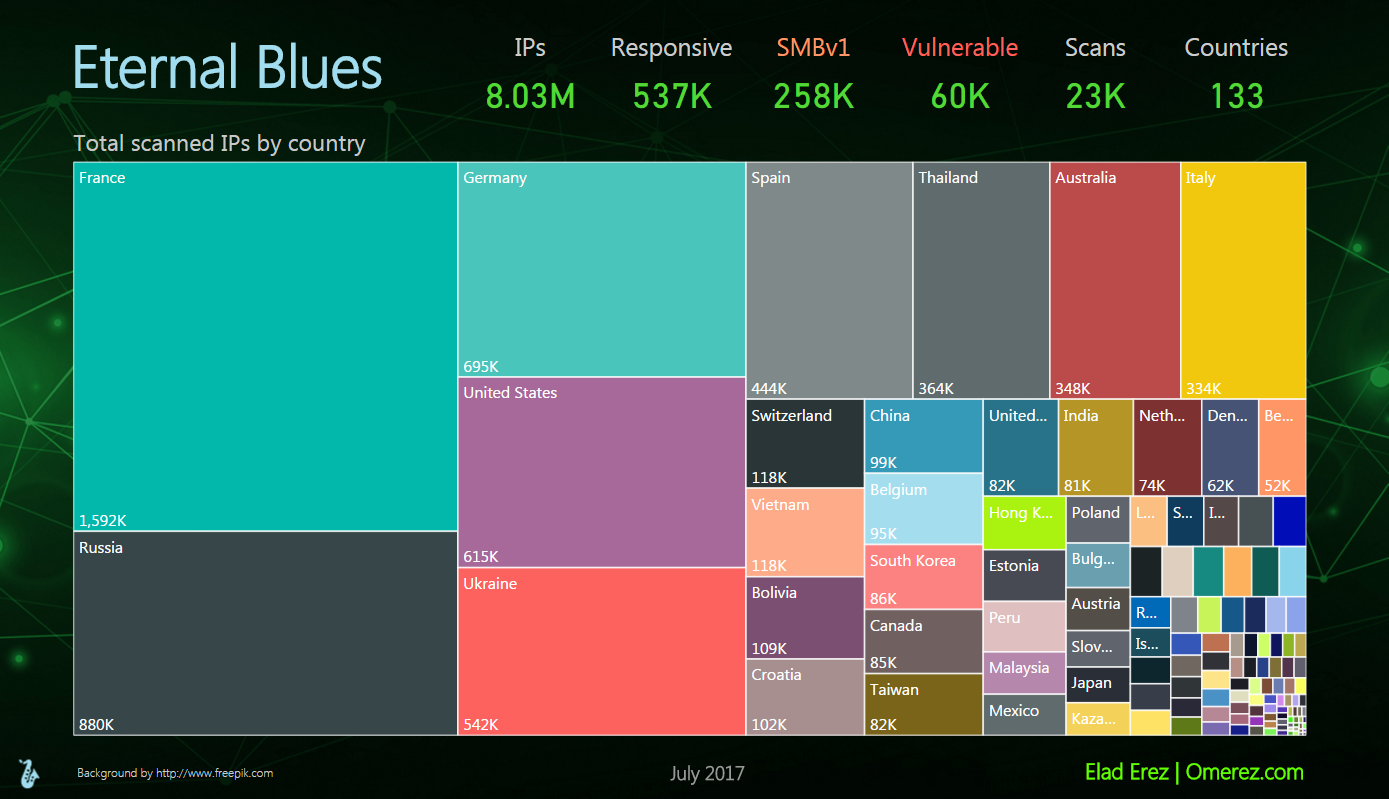