Ethereum co-founder Vitalik Buterin is of the opinion that the cryptocurrency market is unlikely to experience an explosive bullish rally similar to the one seen in late 2017 ever again. The ‘gold rush’ is in the past and now the average person is aware of blockchain and digital currencies, thus erasing the surprise element of last year.

Cryptocurrency Growth Based on Marketing is a Dead End Strategy

Vitalik Buterin, co-founder of Ethereum, was at an Ethereum and blockchain conference in Hong Kong when he told Bloomberg that opportunities for 1,000-times growth in the cryptocurrency market are no longer out there.

The blockchain community is at a new level of growth, which is based on the adoption of real applications by real people instead of spreading the word to new enthusiasts willing to invest in digital assets.

“The blockchain space is getting to the point where there’s a ceiling in sight. If you talk to the average educated person at this point, they probably have heard of blockchain at least once. There isn’t an opportunity for yet another 1,000-times growth in anything in the space anymore”, Buterin said as he explained that the blockchain community’s marketing strategy throughout the first six or seven years “is getting close to hitting a dead end.”

Now it is up to the blockchain ecosystem to strive to get people who are already interested in cryptocurrencies to be involved as consumers of blockchain products in real life. “Go from just people being interested in real applications of real economic activity”, he said.

Ethereum is an open-source, public, blockchain-based distributed computing platform and operating system which enables developers to create all kinds of applications without a middleman or counterparty risk. The “next stage” Buterin talked about in the interview may eventually represent a bullish case for ETH if developers ‘en masse’ do decide to go with Ethereum to build their platforms. But the once innovative network is now facing increased competition.

While the real massified adoption of blockchain products is yet to occur, the price of Ethereum faces a bearish storm ever since capping around the $1,375 area in early 2018. In September, the cryptocurrency gave in to the downward pressure and lost the $300 handle. Ethereum is now trading just above $200 in a critical moment for the digital currency market.

“ETH shed another 4% on the day and is just below $220, a fall below $200 could be very bad for the world’s second largest crypto”, reports NewBTC. Bloomberg Intelligence commodity strategist Mike McGlone expects Ether to fall further to a support target of $155 “as it faces increasing competition, market volatility, and a maturing industry.”

The post Ethereum Co-Founder: Blockchain Growth Based on Marketing is Hitting a Dead End appeared first on NewsBTC. 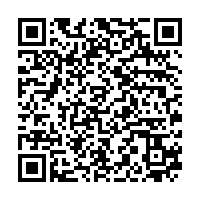