Cybercriminals continue to use cryptocurrency-mining malware to abuse computing resources for profit. As early as 2017, we have also observed how they have applied fileless techniques to make detection and monitoring more difficult.

On August 2, we observed a fileless cryptocurrency-mining malware, dubbed GhostMiner, that weaponizes Windows management instrumentation (WMI) objects for its fileless persistence, payload mechanisms, and AV-evasion capabilities. This GhostMiner variant was also observed to modify infected host files that are heavily used by Mykings, PowerGhost, PCASTLE and BULEHERO, among others.

This malware was observed mining Monero cryptocurrency, however, the arrival details of this variant has not been identified as of writing. An earlier documented sighting of GhostMiner was noted to have used multiple vulnerabilities in MSSQL, phpMyAdmin, and Oracle’s WebLogic to look for and attack susceptible servers.

GhostMiner will also install a WMI class named “PowerShell_Command” at the rootDefault namespace. This WMI class contains the entries Command and CCBot that contains base-64 encoded functions.

When the EventConsumer is triggered, it will read entries from Command and CCBot from the installed WMI “PowerShell_Command” object.

The Command script, when executed, will do the following:

Table 1. List of functions the Command script performs once executed

Aside from the abovementioned functions, the Command script also has a WMI_Killer function, which terminates running processes, and deletes scheduled tasks and services that are associated with cryptocurrency-mining malware families such as:

Figure 1. List of service names that WMI_Killer terminates and deletes

Figure 3. List of cryptocurrency-mining-related processes that the the WMI_Killer terminates

Figure 4. Figure 4. List of ports that the WMI_Killer monitors

Another Command script function, the WMI_CheckHosts, is able to modify the host files of the infected machine and modifies entries that are related to malicious malware such as BULEHERO.

Figure 5. WMI_CheckHosts function that modifies the infected machine’s hosts files based on the mapped entries that are related to its competition

We observed that the backdoor communication is only enabled between 12AM to 5AM. It uses an invoke-expression (IEX) when the C&C server receives a response. Otherwise, it will continuously try to connect to the abovementioned IP addresses every 30 seconds using the “/Update/CC/CC.php” URI path.

Aside from Command and CCBot, The “PowerShell_Command” class also contains the following objects:

The miner is a 64-bit payload that is dropped when Command is decoded and executed. However, before it gets dropped, GhostMiner determines the free disk space on the root drive. If the free space is less than 1 GB, it will drop a 10 MB-sized payload. Otherwise, it will drop a 100 MB-sized payload. GhostMiner will then append 2,130 bytes of random value. The file will then be saved as C:WindowsTemplsass.exe.

The malware will then execute the following commands as part of the miner’s execution routine:

The Trend Micro Deep Discovery Inspector protects customers from threats that may lead to C&C connection and data exfiltration via this DDI rule: 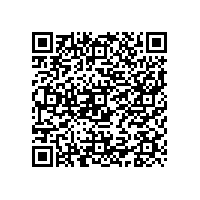