By Hiroyuki Kakara and Erina Maruyama

Gamaredon is an advanced persistent threat (APT) group that has been active since 2013. Their campaigns are generally known for targeting Ukrainian government institutions. From late 2019 to February of this year, researchers published several reports on Gamaredon, tracking the group’s activities.

In March, we came across an email with a malware attachment that used the Gamaredon group’s tactics. Some of the emails used the coronavirus pandemic as a topic to lure victims into opening emails and attachments. These campaigns targeted victims in European countries and others.

A brief history of Gamaredon

In 2015, researchers from LookingGlass published the first report on Gamaredon. According to that report, the early campaigns used Microsoft Word documents that, when inspected, showed that its most recent user went by the name of Armagedon (a misspelled “Armageddon”), which became the basis of the group’s namesake.

The group remained active, with several Gamaredon-related activities reported in February 2020. In March, they were among the threat groups that were identified taking advantage of the coronavirus pandemic to trick targets.

Figure 1. The infection chain of the Gamaredon campaign

The case we found arrived through a targeted email that contained a document file (in docx format). Opening document starts a template injection technique for loading the document template from the internet. The downloaded document template contains the malicious macro codes, which executes a VBScript (VBS). We found a mechanism for decrypting, executing, and downloading an additional payload from the C&C server. During the time of the analysis however, the C&C server was not accessible, which made us unable to get additional payloads.

Figure 2. Code for downloading the document template with the malicious macro

The downloaded document template (in dot format) could differ slightly depending on each download. However, its Exif info or metadata remains consistent and shares the following details:

Figure 3. A sample of malicious macro in the downloaded template document

As mentioned, the template contains malicious macro (MITRE ATT&CK framework ID T1064), which exports VBS (MITRE ATT&CK framework ID T1064) to execute itself. More specifically it drops “%USERPROFILE%DocumentsMediaPlayerPlayList.vbs,” which is hardcoded in the macro, and then executed in “wscript.exe //b %USERPROFILE%DocumentsMediaPlayerPlayList.vbs.”

Figure 4. A content sample for VBS dropped by malicious macro

PlayList.vbs contains the obfuscated codes (MITRE ATT&CK framework ID T1140), which it executes after decrypting the obfuscations. This particular behavior is a slight departure from previously reported attacks by Gamaredon, which did not use this technique.

Figure 5. A sample of executed VBS

Figure 5 shows a snippet of the VBS executed by the Execute function. The routines it follows are enumerated below.

The observed routines of this VBS closely follow the other reports published on Gamaredon, such as the one from SentinelOne. However, the macro generated VBS was obfuscated in this case, likely as an additional evasive tactic.

Interestingly, after decoding the VBS, we saw what appeared to be a programming mistake by the attacker. Lines 53 and 54 in figure 6 are for closing those downloaded and decoded TXT and EXE files, which are variables defined right before the IF statement. If, however, these lines do not pass through this IF statement, an error would occur. It shows that this malware is not tested enough, and may still be under development.

Our analysis found several URLs of the network destinations for both template injection and VBS. While resolving them to IP addresses to understand their attack bases, we also found that they were all linked to the following IP addresses.

These IP addresses are from Russian hosting companies. Most likely, the attackers rented Virtual Private Server (VPS) as their attack base. Their URL for VBS (shown below) likely includes the data when they conducted the attack.

Gameradon is not the first group to take advantage of the Covid-19 topic. Some cybercriminals have taken to indirect means of profiting, such as by targeting communication platforms that have increased in popularity after organizations shifted to work from home setups. In this case, they used Covid-19 as a cover for their relatively typical APT routine. We recommend these countermeasures to prevent similar APT attacks in the future:

In addition to these actions, users can also implement a multi-layer approach and take advantage of these solutions.

The post Gamaredon APT Group Use Covid-19 Lure in Campaigns appeared first on . 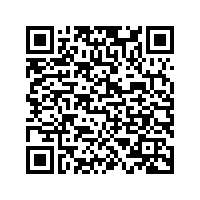