Binance has received an investment from Temasek subsidiary Vertex Ventures to support the exchange’s expansion into the Southeast Asian market.

Vertex Ventures has announced an investment in the largest cryptocurrency exchange Binance to facilitate its expansion into Singapore, according to a press release shared with Cointelegraph Oct. 23.

Vertex Ventures is a subsidiary of Singapore-based government-owned investment company Temasek Holdings, which manages $223 billion in assets. The company was founded in 2015 as a global network of operator-investors, who manage portfolios in the U.S., China, Israel, India and Southeast Asia. The company focuses on early-stage investments and currently has around $2.5 billion under management.

According to the release, the investment is a joint effort between Vertex Ventures China and Vertex Ventures Southeast Asia and India, and aims to support Binance in developing a cryptocurrency-fiat exchange in Singapore, along with other crypto-fiat services throughout South Asia. Binance initially announced its plans to build a crypto-fiat exchange in Singapore in September.

Commenting on Binance’s plans to break into the Southeast Asian market, Wei Zhou, CFO at Binance, said that the exchange “look[s] forward to building up the blockchain ecosystem and working with all stakeholders in Singapore to support continued innovation in the local fintech space.” Binance’s operations in Singapore are subject to Know-Your-Customer (KYC) and anti-money laundering (AML) compliance.

This month, Binance also partnered with crypto compliance provider and research firm Chainalysis in order to improve its detection of suspicious transactions. Chainalysis will purportedly ease the process of KYC and AML compliance programs through the use of real-time monitoring to track the provenance of each transaction made on Binance’s platform.

At press time, Binance’s adjusted trading volume over the last 24 hours is over $846 million, up over 40 percent, according to data from CoinMarketCap. 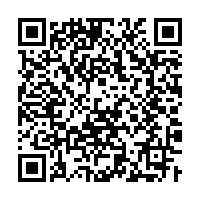