Skip to the content
By Kevin Townsend on February 13, 2017
Custom Applications are being Increasingly Used from Within Public Clouds as Part of the Migration to IaaS

Organizations cannot rely on commercial off-the-shelf (COTS) software to fulfil all their IT requirements: almost all companies develop their own custom apps. The majority of these apps, whether internal or internet-facing, currently run on datacenters owned or operated locally. By the end of 2017 this will change — the majority of enterprise custom apps will reside in public clouds as the industry-wide migration to Infrastructure as a Service (IaaS) increases speed.

A new report, conceived and developed by the Cloud Security Alliance and Skyhigh Networks, polled 314 qualified respondents in December 2016 and January 2017. The results (PDF) show that an increasing number of custom apps are being moved into cloud infrastructures (primarily AWS, Azure and Google Cloud Platform) without the security team necessarily being aware that they exist. This is effectively a new variant of Shadow IT — it is not necessarily software unknown to the IT department, but it is software unknown to the head of security. 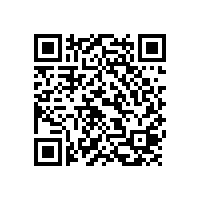