IBM has applied for a blockchain patent aiming to deter augmented reality game players from intruding on undesirable locations.

In the patent, IBM, also known as Big Blue, describes a blockchain-based method and system of interactions between a AR-running mobile device and locational database in order to set and maintain safe boundaries between AR objects and real-world physical locations. According to the document, a distributed ledger is set to continuously maintain a growing list of data records protected from forgery and alterations.

Based on a blockchain-powered location database, the “exemplary method” AR-game allows mobile devices to obtain a signal about whether a certain location on AR is undesirable. Moreover, the described system is able to modify certain AR objects that are indicated as undesirable, also displaying them on mobile devices.

In the patent, IBM provides a brief description of augmented reality, stating that such a form of gaming is tied to a location that is overlaid by images of more game items such as characters, resources, or internal game locations. By applying the new blockchain patent, IBM can provide a guarantee of “trust” between real world locations and location-based AR games.

International Business Machines Corporation, or IBM, is one of the biggest providers of blockchain-related patent technologies in the world in terms of the number of applied patents. Having filed a total of 89 blockchain patent by Aug. 31, the tech giant took second place after China’s Alibaba with 90 patent applications.

In mid-October, Cointelegraph released an analysis devoted to the history of IBM blockchain patents in a number of industries, such as logistics, Internet of Things (IoT), blockchain hardware, and others. 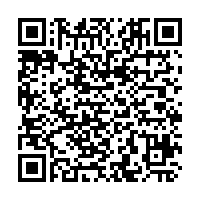