Since 2018’s cryptocurrency “winter” came into existence, tokens generated via initial coin offerings (ICOs) have severely underperformed their macro cap counterparts, namely Bitcoin (BTC) and Ethereum (ETH). This has led a multitude of projects, who formerly relied upon their ICO-funded war chests, to take drastic measures in a bid to stay afloat.

According to data gathered by Santiment, relayed through TrustNodes, ICO-funded projects have spent (sold) a jaw-dropping 416,000 ETH in the past 30 days. At the current price of $87, such an amount of Ether amounts to $36.19 million in U.S. dollars — not a small sum, to say the least. This recent influx of liquidation orders is purportedly the most notable since the Summer.

Per Santiment, a leading cryptocurrency analytics provider, SingularDTV has been the largest spender of Ether in the past month, reducing its ETH balance to 165,000 after utilizing 60,370. Aragon and Kyber Network followed closed behind SingularDTV, both liquidating 50,000 Ether in the aforementioned time frame. It is important to note, however, that Ethereum-centric projects still have millions of Ether in their still-stocked war chests.

Regardless, this recent move underscores the fact that a number of projects have been subject to bear market-induced pressure.

Interestingly, Ethereum-centric chat application Status, which has been a high-rolling ETH spender in the past month, recently divulged that it would be cutting 25% of its staff (~25 employees). In an address to Status’ recent townhall, Jarrad Hope, the co-founder of the upstart, claimed that as his firm’s war chest has been reduced drastically, it was logical to layoff “non-essential” staffers. Hope even asked employees to take a pay cut, in an apparent bid to extend Status’ runway, and to survive the tumult that cryptocurrencies have found themselves in.

Although such a business decision is evidently tough, some would argue that Status has had it easy. Steemit, the private company behind a decentralized media platform that shares its name, also had to undergo a shift in business in recent weeks. As reported by NewsBTC previously, Steemit CEO Ned Scott took to his personal Youtube channel to layoff “close to 70% of the team.” Ethereum development studio ConsenSys followed suit, claiming that it had purged 13% of its employees, as it had become apparent that the distributed startup had overextended its funding.

While ConsenSys, Steemit, and Status are evidently reeling in pain, metaphorically speaking, some startups have been wiped off the face of Earth entirely. ETCDEV, a key development consortium in the Ethereum Classic ecosystem, folded just two weeks back, with the firm’s CTO citing financial restraints as the catalyst behind the group’s collapse. This revelation comes just days after Artamonov, the firm’s CTO, released a Medium article lambasting one of his peers for being a “Trojan Horse” for another team. 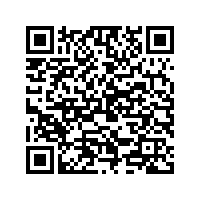