Taiwan Semiconductor Manufacturing Co. (TSMC), the world’s largest dedicated independent chipmaker, has predicted a drop in demand from the cryptocurrency mining community in the fourth quarter this year. The growth target of 7 to 9 percent was slashed to 6.5 percent partly due to the demand dynamics of bitcoin miners.

“Moving into fourth quarter, despite the current market uncertainties, our business will benefit from the continuous steep ramp of
7-nanometer for several high-end smartphones as well as the demand for 16/12-nanometer for the launches of new-generation GPU and
AI. However, this growth will be partially offset by continued weakness in cryptocurrency mining demand and inventory management by
our customers.”

The company forecasts growth between 5 and 7 percent for the overall semiconductor market excluding memory, while foundry is expected to grow between 6% and 7%. Weakening demand from cryptocurrency miners has forced the firm to adjust the growth estimate to 6.5 percent in U.S. dollar terms, according to the chief executive.

“However, our business is also negatively impacted by further weakening of cryptocurrency mining demand. As a result, we estimate our 2018 growth rate will be about 6.5% in U.S. dollar term, which is close to the foundry industry’s growth but slightly below our 7% to 9% guidance given in the last conference.”

The downshift in mining profits is the main responsible for the company’s revision of its full-year sales target, citing uncertainty in the cryptocurrency market as its reason. In April, the Taiwan Semiconductor Manufacturing Company lowered its 2018 revenue guidance to 10% growth from 10-15%, estimating that about 10% of the Asian chipmaker’s revenue depends on cryptocurrency mining demand.

Moreover, the entrance of Samsung in the global cryptocurrency mining sector could be providing TSMC their first real competitor in the sector, which in turn, may eventually push the company to lower its sales targets in years to come. Samsung has started the production phase of bitcoin and cryptocurrency mining equipment and ASIC mining chips earlier this year. The company intended to manufacture GPU miners for miners targeting small cryptocurrencies in the upcoming months.

President Trump’s trade tariffs, on the other hand, may hurt future trade volumes of Chinese companies producing cryptocurrency mining hardware. This may eventually benefit TSMC as competitors from the People’s Republic of China will have a hard time in the race for the U.S. market. 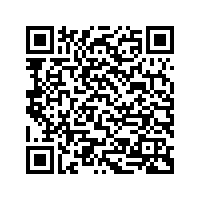