We recently discovered several malicious optimizer, booster, and utility apps (detected by Trend Micro as AndroidOS_BadBooster.HRX) on Google Play that are capable of accessing remote ad configuration servers that can be used for malicious purposes, perform mobile ad fraud, and download as many as 3,000 malware variants or malicious payloads on affected devices. These malicious apps, which are supposed to increase device performance by cleaning, organizing, and deleting files, have been collectively downloaded over 470,000 times. Our telemetry shows that this campaign has been active since 2017. As of writing time, Google Play has already removed the malicious apps from the Play Store.

Based on our analysis, the 3,000 malware variants or malicious payloads (detected by Trend Micro as AndroidOS_BoostClicker.HRX) that can be possibly downloaded to an affected device with this campaign pretend to be system applications that do not show app icons on the device launcher or application list. The cybercriminals behind this campaign can use the affected device to post fake positive reviews in favor of the malicious apps, as well as perform multiple ad fraud techniques by clicking on the ads that pop up.

Figure 2. A graphic representation of the relationships between the malicious ad configuration servers based on data obtained from VirusTotal

One of the apps associated with this campaign, Speed Clean, provides so-called features that can help boost the performance of mobile devices. When used, ads will pop up on the app, which is seemingly innocuous behavior for a mobile app.

Figure 3. Screenshot of ads shown on the Speed Clean app

However, we also observed malicious behavior surreptitiously happening in the affected device. The Speed Clean app is also capable of launching a transparent activity background to hide malicious content from the user.

Figure 4. Screenshots of code that enables the malicious app to launch a transparent activity background on the affected device

After which, a malicious service called “com.adsmoving.MainService” under the Java package “com.adsmoving” will establish a connection with remote ad configuration servers and register the new malicious installation.

Figure 6. Screenshot of malicious app traffic content, such as Android application packages “alps-14065.apk” and “com.play.games.center_1.0.3.apk” (detected by Trend Micro as AndroidOS_BoostClicker.HRX), which were pushed to the affected device from ad configuration servers

Even after installing “alps-14065.apk,” no app icon was displayed on the launcher or on the device’s application list. Instead, it added an app called “com.phone.sharedstorage,” found under “Downloaded Apps.”

Figure 7. Screenshot of the malicious trojan APK under “Downloaded Apps”

Like ANDROIDOS_TOASTAMIGO, one of the Android malware families we detected in 2017, the malicious Speed Clean app can download malware variants or payloads that can perform different ad fraud techniques. Some of the typical malicious ad fraud behaviors used in this campaign are as follows:

Figure 11. Screenshot of reversed and deobfuscated code that shows AndroidOS_BoostClicker.HRX using the accessibility function to post fake reviews for AndroidOS_BadBooster.HRX

Figure 12. Screenshot of reversed and deobfuscated code that shows AndroidOS_BoostClicker.HRX using accessibility functions to log into new malicious apps with a user’s Google or Facebook accounts

We sourced the malware variants as well as the malicious payloads associated with this campaign since it first became active in 2017.

Table 1. Number of malware variants and malicious payloads downloaded from 2017 until Q1 of 2020

We have also observed that the most infected countries or regions for this campaign are Japan, Taiwan, the United States, India, and Thailand.

Table 2. Infection numbers per country in the last three months

We tried modifying the geographic parameter value of the country code to any country code, or even random, non-existent country codes, and the remote ad configuration server consistently returned malicious content. However, when we modified the geographic parameter value to geo=cn (China), it didn’t return malicious content. It may indicate that the actors behind this campaign intentionally avoided requests from Chinese users. The campaign’s attack vectors appear to exclude Chinese users.

Figure 13. Screenshot of code showing that malicious app traffic content is not being pushed to an affected device with a geographic parameter set to China

Fraudsters attempt to deceive users by making malicious apps look genuine, so users should do their due diligence before downloading any mobile app.

Verifying an app’s legitimacy is typically done by checking user-created reviews on the Play Store. However, in this particular case, the malicious app is capable of downloading payloads that can post fake reviews unbeknownst to the user. Despite the slew of positive reviews, it does leave some red flags — even though different users left positive reviews, the comments they leave contain the same, exact text: “Great, works fast and good.” They also gave the app the same four-star rating.

To avoid these types of threats, users can turn to security solutions that can thwart stealthy adware.  Trend Micro

(also available on Google Play) blocks malicious apps. End users can also benefit from its multilayered security capabilities that secure the device owner’s data and privacy and protect them from ransomware, fraudulent websites, and identity theft. 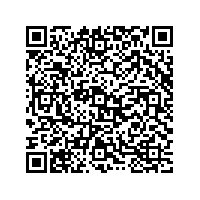