In the Spring of 2019, Microsoft will be releasing another big update for Windows 10. You can expect a long list of tweaks and a few brand new features. One of those new features will help keep your computer malware-free.

The Surface Pro 6 is on display during a news conference, Tuesday, Oct. 2, 2018, in New York. (AP Photo/Mary Altaffer)ASSOCIATED PRESS

That new feature will be added to Windows Defender, the built-in antivirus app that Microsoft ships with Windows 10. It’s an unassuming setting added to the bevy of security options you can toggle on and off.

It’s called tamper protection, and it does what it says. When enabled, it keeps people or programs from messing with your Windows Security settings.

Many third-party antivirus apps have included this functionality for some time. An app can only protect you from malware if it’s firing on all cylinders.

That’s exactly why a lot of malware will try to throw a wrench into the works as soon as it gets onto a computer. If it’s successful, things can quickly go from bad to worse. The same goes for user error. Someone who doesn’t quite know what he or she is clicking on can easily open the door for malware.

These are both serious security features that can make a world of difference for Windows users.

There may be a few bumps in the road, but if you only install trustworthy apps from reputable sources you may never notice a difference. And that’s a small price to pay if it protects you from a single Trojan attack.

Lee started writing about software, hardware, and geek culture around the time that the Red Wings last won the Stanley Cup. The two aren’t related in any way, however.…MORE 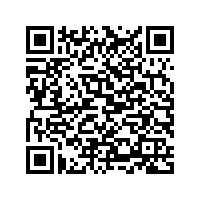