We detected a malware that uses multiple propagation and infection methods to drop a Monero cryptocurrency miner onto as many systems and servers as possible. Initially observed in China in early 2019, the methods it previously used to infect networks involved accessing weak passwords and using pass-the-hash technique, Windows admin tools, and brute force attacks with publicly available codes. However, this new case we found in Japan involves the use of the EternalBlue exploit and the abuse of PowerShell to break into the system and evade detection.

It appears that the attackers are now expanding this botnet to other countries; our telemetry has since detected this threat in Australia, Taiwan, Vietnam, Hong Kong, and India.

The malware’s (detected by Trend Micro as Trojan.PS1.LUDICROUZ.A) primary propagation technique involves trying a list of weak credentials to log into other computers connected to the network. Instead of directly sending itself into all the systems connected, the remote command changes the firewall and port forwarding settings of the infected machines, setting up a scheduled task to download and execute an updated copy of the malware. The downloaded PowerShell script is executed with

It also uses this list with Invoke-WMIMethod (detected by Trend Micro as HackTool.Win32.Impacket.AI) to gain remote access to other machines:

Figure 1. Invoke-WMIMethod for remote access to machines with weak passwords.

The malware also uses the pass the hash method, wherein it authenticates itself to remote servers using the user’s hashed password. By using the Get-PassHashes command, the malware acquires the hashes stored in the machine, as well as the hashes of the weak passwords listed. After acquiring the hashes, the malware utilizes Invoke-SMBClient – another publicly available script – to perform file share operations using pass-the-hash.

Figure 2. Malware using pass-the-hash technique to get the hash of the user’s password and hashes of the weak passwords.

If successful, it deletes the file %Start Menu%ProgramsStartuprun.bat, likely a dropped file of an older version of the malware. It also drops the following:

If the user has a stronger password, the malware uses EternalBlue to propagate.

Once a machine is infected via one of the methods, the malware acquires the MAC address and collects information on the anti-virus products installed in the machine. It downloads another obfuscated PowerShell script (detected by Trend Micro as Trojan.PS1.PCASTLE.B) from the C&C server, and analysis revealed that the download URL sends back the information it acquired earlier to its handler. The downloaded PowerShell is a dropper, responsible for downloading and executing the malware’s components, most of which are copies of itself.

Figure 4. Routine for acquiring the MAC address and AV products installed by the malware.

To check whether the malware already installed its components it looks for the following files:

The third component (detected by Trend Micro as TrojanSpy.Win32.BEAHNY.THCACAI) is a dropped Trojan — a copy of itself in a larger file size, likely to evade sandboxes — that collects system information from the host:

The fourth component is a Python-compiled binary executable that further propagates the malware, also capable of pass the hash attacks by dropping and executing a PowerShell implementation of Mimikatz (detected by Trend Micro as Trojan.PS1.MIMIKATZ.ADW).

Figure 8. Checking if the Mimikatz component is already installed, and executing Mimikatz.

The fifth component is an executable that is downloaded and executed. However, the download URL was offline at the time of writing.

The malware’s payload — a Monero coinminer — is also deployed by PowerShell, but is not stored in a file. Instead, it is injected into its own PowerShell process with another publicly available code, Invoke-ReflectivePEInjection. After installation, the malware reports its status to the C&C server.

Figure 10. PowerShell script that downloads and executes the miner payload.

We found the malware sample to be sophisticated, designed specifically to infect as many machines as possible and to operate without immediate detection. It leverages weak passwords in computer systems and databases, targets legacy software that companies may still be using, uses PowerShell-based scripts with components downloaded and executed in memory, exploits unpatched vulnerabilities, and installs using the Windows startup folder and the task scheduler. Considering the increasing popularity of PowerShell and more publicly available open-source codes, we can expect to see more complicated malware like these. And while system information being collected and sent back to the C&C may appear insignificant compared to directly stealing personally identifiable information, system information is unique to machines and may be used to trace, identify, and track users and activities.

We recommend updating systems with available patches from legitimate vendors as soon as possible. Users of legacy software should also update with virtual patches from credible sources. As of this writing, the malware is still active and was updated, connecting to a new URL. Use complicated passwords, and authorize layered authentication whenever possible. Enterprises are also advised to enable a multi-layered protection system that can actively block these threats and malicious URLs from the gateway to the endpoint. 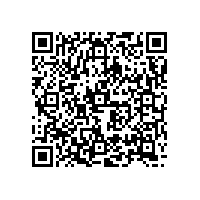