Attackers looking to increase the denial-service-power of their botnet have set their sights on servers with vulnerable Hadoop installations, compromising them via publicly available exploits.

Choosing such powerhouses for something that is typically accomplished by smart devices these days may seem like a weird idea, but the truth is that Hadoop servers are stable platforms and could replace a high number of less-capable devices.

The botnet received the name DemonBot and since late September it has grown from using a few servers to 70 servers this week that actively search the web for vulnerable Hadoop installations and compromise them. 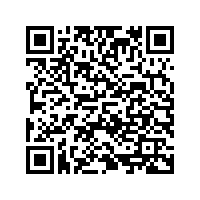