Callaghan Innovation issued an “R&D Project Grant” to local crypto wallet and trading platform Vimba, a rebranded version of former MyCryptoSaver. Following the grant, the crypto startup is reportedly set to expand its offerings, as well as to list more cryptocurrencies and enable multi-signature crypto wallets.

R&D Project Grants are a type of co-funding for a research and development project. A Callaghan Innovation spokesperson told Cointelegraph that the grants fund up to 40 percent of a project, and that 355 such grants were approved during the last fiscal year.

Founded in 2014 as MyBitcoinSaver, Auckland-based Vimba platform offers New Zealand residents with limited weekly investments in major cryptocurrencies Bitcoin (BTC) and Ethereum (ETH). Since its launch, Vimba has underwent two investment rounds, and will reportedly launch services in the U.K. in the coming weeks.

Vimba CEO Sam Blackmore commented that firm’s client base has “remained very stable” despite the bearish market this year. Blackmore also expressed company’s belief that Bitcoin will “at least reach the market cap of gold,” due to being a “more efficient, more accessible, more secure version of that rare asset.”

The neighboring state of Australia has also awarded government grants to crypto and blockchain startups. In August, the government of the state of Queensland issued a grant to a crypto travel startup called TravebyBit as part of over $8.3 million in innovation funding. The company would purportedly boost tourism to the state by selling travel offers with cryptocurrencies.

In July, the Queensland Cane Growers Organization received a $1.7 million government grant to implement blockchain technology for tracking the provenance of sugar supplies. 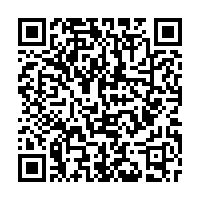