OkCoin, a leading digital asset platform for fiat and token trading headquartered in Beijing, has expanded its operation to Argentina and is about to do the same in other Latin America countries.

Instiutional and retail customers are now able to exchange the Argentine peso for any cryptocurrency included in its offering.

The digital currency exchange, which services millions of users worldwide, has announced it will be offering both spot and margin trading between the Argentine peso and several major cryptocurrencies. These include Bitcoin, Ethereum, Litecoin, Ripple, and Zcash, while complying to the local regulatory framework.

The OkCoin office located in Buenos Aires will support operations throughout Latin America.

The company may be eyeing markets such as Brazil, Chile, Colombia, and Venezuela, to open local operations that support the exchange of fiat currencies for digital assets. According to Tim Byun, CEO at OkCoin USA, Latin American populations are showing interest in crypto tokens while experimenting with blockchain technologies.

“OKCoin is committed to opening up new markets for digital currency consumers throughout the world, and we are very excited to extend our safe, secure and licensed trading platform to consumers in Argentina. This is just the beginning of our Latin American expansion, as we’re aiming to grow throughout the region by bringing institutional and retail traders there an array of trusted trading options so they can buy and sell with confidence.”

The Argentine peso has been experiencing significant volatility in recent times, having lost about half of its worth against the U.S. dollar on a year-over-year basis. Consumer prices in the country rose 6.5 percent in September, bringing the twelve-month inflation rate to 40.3 percent, the fifth highest in the world.

Venezuela leads the inflation rate ranking, with a hyperinflation of 833,997 percent as the government frequently announces new fiat currencies.

The country recently launched its government-backed cryptocurrency, El Petro. President Nicolás Maduro has ordered local banks to adopt the digital currency despite the overwhelming lack of confidence in the government and the central bank’s monetary policy.

Fiat currency weakness has buoyed growth of cryptocurrency markets in Argentina and Venezuela, which comes as a business opportunity for OkCoin. The emerging digital currency market is seen as a safe haven in times of economic distress, despite the volatility seen in daily trading.

Bitcoin is down by approximately four percent today, having lost the $6,000 handle yesterday. Most digital currencies are trading in the red with a few notable exceptions such as Nasdacoin, which is rallying by 267 percent.

Related Reading: Over 1,500 Bitcoin ATMs to Be Deployed in Argentina in Response to Rampant Inflation 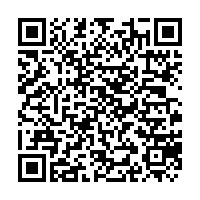