Software development company Oracle Corp. has released a suite of blockchain-based software-as-a-service (SaaS) applications based on its Oracle Blockchain Cloud Service, according to an announcement published Oct. 23. The new product is purportedly designed to improve traceability and transparency throughout supply chains.

Oracle is an American corporation founded in 1977, and currently is one of the largest vendors in the business software market. With total revenues of $39.8 billion in 2018, Oracle is the second largest software development company according to the Global 2000 2018 Forbes list.

Initially, Oracle announced its plans to launch a platform-as-a-service product and decentralized ledger-based applications in May. At that time, Oracle had already been working with the government of Nigeria, which is reportedly seeking to use blockchain technology for documenting customs and import duties.

The general release of the Oracle Blockchain Cloud Service was confirmed by Oracle in July. The product focuses on transaction efficiency and supply chain authentication, using Hyperledger Fabric as its basis. The launch followed a series of trials with banking, business and government clients. 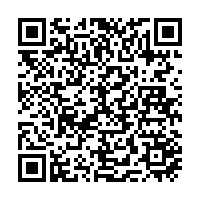