Overstock.com’s venture capital subsidiary Medici Ventures has invested in Israeli-based technology company VinX to develop a blockchain-powered wine futures platform, according to a press release published October 4. The exact amount of the investment was not disclosed.

Per the announcement, VinX plans to develop a token-based digital wine futures platform based on the Bordeaux futures model, that will enable the trade of wine futures on a blockchain platform. The initiative purports this will create a secure supply chain that assures product provenance and thus reduces fraud in the wine industry.

“Like any economy, the wine industry has difficulty scaling its middlemen-heavy systems in parallel with the growing demands of an increasing global market. VinX’s steps in tokenizing wine futures while allowing wine enthusiasts to know without a doubt that the bottles they purchase are filled with authentic wines will position the entire industry as a model of a new global economy that replaces old boys’ networks with frictionless trust through technology.”

In May, Cointelegraph reported that Chinese blockchain startup VeChain began testing a blockchain application to verify wine supply chain and fight counterfeits. Statistics reportedly showed that “at least half of the Chateau Lafite-Rothschild consumed in China is fake.”

In September, Albert Heijn, Holland’s largest supermarket chain, revealed it is using blockchain to make the production chain of its orange juice transparent. The system will reportedly store data that reveals the quality and sustainability ratings held by various produce growers, as well as information about the fruits themselves.

A recent study by ReportLinker predicted that the blockchain in agriculture and food supply market will be worth over $400 million in the next five years. The report states that “the blockchain market is expected to grow, owing to the increase in the demand for supply chain transparency along the agriculture and food verticals,” explaining that food fraud is estimated to cost the global food industry $49 billion annually. 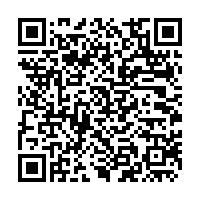