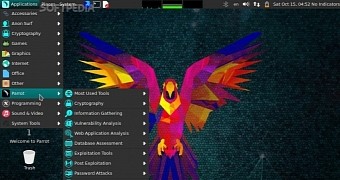 Parrot Security OS 3.7 comes about seven weeks after the 3.6 release, which probably many of you are using these days on your personal computers, and the biggest change is that it’s been rebased on the Debian Testing repositories, which, in time, will become Debian GNU/Linux 10 “Buster.”