Dubbed Rurktar, the tool hasn’t had all of its functionality implemented yet, but G DATA says “it is relatively safe to say [it] is intended for use in targeted spying operations.” The malicious program could be used for reconnaissance operations, as well as to spy on infected computers users, and steal or upload files.

The spyware, researchers say, appears to originate from Russia. Some of its internal error messages are written in Russian and the IP addresses used to remotely control the tool are located in the country, which the security firm considers strong indicators of its origin. 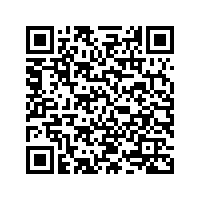