Continuing the trend from last month, several of the critical patches were for Remote Desktop Clients and are CVE-2019-0787, CVE-2019-0788, CVE-2019-1290, and CVE-2019-1291 — all Remote Code Execution (RCE) vulnerabilities. These follow the previous months’ fixes for BlueKeep and DejaBlue. These previous flaws can allow an attacker to execute a code on a system level through a crafted pre-authentication RDP packet sent to an affected Remote Desktop Services (RDS) server. However, in these recent disclosures, the attacker would need to use some degree of social engineering to convince users to connect to their controlled server.

Other notable patches and updates

An LNK vulnerability (designated as CVE-2019-1280) also saw a patch in this month’s patch Tuesday. This vulnerability could allow remote code execution of .LNK files. This is of note since LNK vulnerabilities have been linked to the Stuxnet worm in the past. Stuxnet spread to the targeted Windows system through an exploit utilized for a crafted malicious .LNK file. The patch corrects the processing of shortcut LNK references.

NET Framework patches have been released every month this year, and this trend continues in September. Among the notable disclosures for this month is the patch for the .NET Framework DoS vulnerability CVE-2019-1301, which corrects how the .NET Core web application handles web requests.

Also included in this month’s Patch Tuesday was a security update for Adobe Flash Player, following several non-security-related updates from the previous months. It addresses the vulnerabilities CVE-2019-8069 and CVE-2019-8070.

Users with affected installations are advised to prioritize the updates in order to avoid possible system exploitation through unpatched vulnerabilities. The Trend Micro 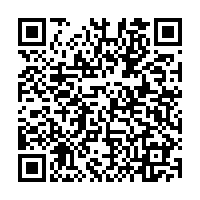