Crypto exchange ShapeShift has refuted WSJ reports of it being used to launder $9 million.

Cryptocurrency exchange ShapeShift has refuted a recent Wall Street Journal report that $9 million in ill-gotten funds went through the exchange, according to an announcement published October 1.

On September 28, WSJ released an article dubbed “How Dirty Money Disappears Into the Black Hole of Cryptocurrency,” alleging that $88.6 million in fraudulently obtained funds had been funnelled through 46 crypto exchanges, wherein $9 million was laundered through ShapeShift. To analyze ShapeShift transactions, WSJ reportedly downloaded and stored a list of the 50 latest transactions every 15 seconds, at the exchange’s website.

In the blog post, ShapeShift’s founder and CEO Erik Voorhees confirms that the exchange team had worked with WSJ journalists for five months, but “under false pretenses” as information provided by the exchange was reportedly misrepresented or omitted.

In its article, WSJ states that bad actors took advantage of ShapeShift’s user anonymity, converting Bitcoin (BTC) into the purportedly untraceable cryptocurrency Monero. Voorhees parried accusations, stating that the exchange has an internal anti-money laundering (AML) program that deploys “blockchain forensics that are far more advanced than asking someone for their ‘name and address’.”

Vorhees further states that WSJ “forewent a chance to prevent potential illicit activity” in their reporting practices. The blog post reads that WSJ withheld gathered data on suspicious accounts “in order to build their story.” In doing so, WSJ supposedly did not report suspicious activity to the appropriate exchanges, including ShaheShift, so they could immediately block the accounts.

According to the exchange’s CEO, the claims made by WSJ are “factually inaccurate and deceptive,” and that WSJ authors did not have a sufficient understanding of blockchain and the way ShapeShift operates in particular. The blog post claims that WSJ reporters mistakenly read records of token transfers to such a degree that they wrongfully attributed $70,000 of “dirty money” to the exchange:

“$600 of suspicious funds were sent to an exchange that wasn’t ShapeShift. Because ShapeShift happens to be a customer of this same exchange — 10 months later in a completely unrelated transaction — the exchange sent funds to ShapeShift. The authors didn’t understand how to properly read the blockchains transactions, so they assumed there was $70k in “dirty money” sent to ShapeShift.”

Vorhees concludes the article by saying that “we are trying to pioneer a new financial system, and we don’t expect to be loved by the proponents of the old.” He states:

“We will push forward, and we’d suggest the WSJ change their title to be more accurate and objective, ‘Less than two tenths of one percent of ShapeShift’s business might be illicit.’” 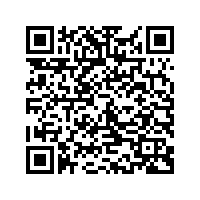