Just days after been named the hottest download on the iOS application store, Square’s cryptocurrency-friendly Cash App has risen to the top of another chart. This time it has been named as the most downloaded financial application on the other leading operating system’s app store, Google Play.

Although obviously quite impressive in its own right (the Cash App is currently being downloaded more than offerings from competitors PayPal and Venmo), the news is all the more exciting because of Square’s fondness of all things cryptocurrency. The app not only offers Bitcoin buying and selling but is also headed by digital currency perma-bull Jack Dorsey.

It was only yesterday that NewsBTC reported on the Square Cash app rising to the top of the most downloaded applications on the Apple iOS store. The news first broke by way of a Twitter announcement from the company’s cryptocurrency specialist, Miles Suter:

Fresh on the back of this news, we have a very similar story, first reported by Breaker. This time it involves Square’s Cash App making it to the top of the Google Play Store for financial applications. Whilst not quite as impressive as being the overall number one downloaded application on the iOS platform, it is still exciting news for all those with a vested interest in Bitcoin’s widespread adoption.

Since Square is owned by one of the most vocal proponents of cryptocurrency, Jack Dorsey, it has been keener than its competitors to embrace and promote the technological innovation. This was most clearly highlighted by its decision to announce support for Bitcoin buying and selling just over twelve months ago.

Dorsey is also the CEO of Twitter and has frequently spoken publicly about his belief in blockchain technology and, somewhat surprisingly (given the opinion of many connected to firms providing more traditional financial services) cryptocurrency itself.

Recently, Square announced that it planned to open-source its cold storage solution for digital assets too. This distinguishes the company from other competitors, such as Revolut – the crypto offering of which being painfully superficial in its reach, offering no option to use cryptocurrency bought within the app outside it whatsoever. Clearly, Dorsey understands the importance of decentralisation to the digital asset revolution better than many other payment service providers.

Jack’s in the Cryptocurrency Game for the Long Haul…

It is not only its integration into the Square Cash App and numerous public statements about Bitcoin that highlights Dorsey’s commitment to digital currency, however. The CEO has even pledged his own money to help develop the BTC network into a truly industry toppling tour de force.

In March of this year, the billionaire used $2.5 million of his personal funds to finance a startup working on the Lightning Network Bitcoin scaling solution. Once Lightning Network is fully implemented and understood, it is believed to allow sufficient numbers of transactions to take place that could see Bitcoin emerge as a serious competitor to the likes of VISA and MasterCard. This could allow for the kind of adoption that Jack, and many others, are hoping for in the mid-to-long-term future.

The post Square’s Crypto-Friendly Cash App is the Most Downloaded Financial Application on Play Store appeared first on NewsBTC. 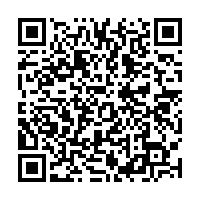