When Warren Buffett, a multi-billionaire investor, admitted that he was wrong about not investing in companies like Amazon and Google, it proved that not even the world’s most renowned investor can always get it right.

Amazon and Google were bringing in products that the market hadn’t experienced before. Skepticisms were meant to be there. But eventually, user adoption won over anything. Cut to today, both the Buffett’s rejects are now trillion dollar companies.

Such successful case studies only make the case of blockchain stronger, a technology that is gradually becoming the secret ingredient of big corporations and tech startups these days.

At its heart, blockchain is a simple concept. It is a ledger of blocks containing information whose copies are stored across a network of computers. These blocks are arranged chronologically, can be viewed by anybody on the web, and does not get managed by a central authority such as a corporation, bank or government. Therefore, hacking a blockchain system means gaining access to at least 51% nodes in the network, which makes it impractical for cybercriminals to modify the information on blocks.

It’s potential has attracted multi-billion dollars worth of investments in thousands of projects around the world. Some startups are testing blockchain to record government records, while some are creating decentralized supercomputers. Every industry in some way is willing to put their traditional systems through blockchain trials.

As a result, at least $1.3 billion worth of funding has entered the blockchain industry in 2018 already. It is expected to grow further in the coming years.

Steve Wozniak, the co-founder of Apple, believes blockchain technology is going through a hype phase and isn’t ready for mass-scale adoption yet. He said that investors would most likely “burn themselves out by not being prepared to be stable in the long run.”

The statement finds evidence in 2017’s famous initial coin offering (ICO) mania in which blockchain projects raked in millions of dollars throughout the year. Users, who believed they had missed out on the early Bitcoin rally, put their trust on new projects that were looking to be better than the Satoshi Nakamoto digital currency. It led to a crypto gold rush as people started believing they would become wealthy quickly.

As evident, it didn’t happen. A majority of these blockchain projects failed to deliver and went to dust, taking away all the Bitcoins and Ethers that people had invested in them — the bubble burst, leading to a market crash that is still going on.

The market, nevertheless, has come back to its senses. Most of the blockchain projects are now falling behind funding goals, eventually dying before even launching. Regulators have accelerated their crackdown against unlicensed blockchain companies, ensuring that only risk-compliant startups make to the front door of potential investors.

While methods like crowdfunding are falling behind, bigger corporates and venture capitalists are pinpointing the best blockchain startups and fueling their development in their incubation labs.

Venture Capitalists, on the other hand, have invested over $1 billion in blockchain startups this year, marking a 280% surge than in 2017. Independent projects like IOTA have entered strategic partnerships with big firms like Microsoft, PwC, Deutsche Telekom and others to integrate their Tangle blockchain solution into their infrastructures.

The list is too big to count – and it overall validates that blockchain as a technology is staying for dinner.

The crypto market crash comes as a reminder of how unregulated the market was compared to the present. As companies accumulated mainstream digital currencies like Bitcoin and Ethereum in exchange of worthless tokens, they also gained the power to dump them in the market at the first sign of trouble. It is the same reason why even the good crypto assets fell sharply.

The market is now maturing. Investors are smarter. And regulators are more active than ever. As blockchain adoption gains momentum across industries and its users, it would automatically describe the true worth of cryptocurrencies, whether it is $100 or $100 million. 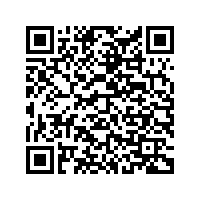