Welcome to our weekly roundup, where we share what you need to know about the cybersecurity news and events that happened over the past few days. This week, learn about how the data of train commuters in the U.K. who were using the free Wi-Fi in Network Rail-managed stations was unintentionally leaked due to an unsecured Amazon Web Services (AWS) cloud storage. Also, read about how more than 200 million records containing property-related information on U.S. residents were exposed.

As DevOps and cloud computing has gained popularity, developers are coding online more and more, but this traction has also raised the questions of whether online integrated development environments (IDEs) are secure. In this blog, learn about two popular cloud-based IDEs: AWS Cloud9 and Visual Studio Online.

The company, which provides legal counsel and administration that counts banks, credit giants, and governments as customers, confirmed the attack hit on February 29. A source said the ransomware hit the organization’s entire fleet of computers across its 80 global offices.

Trend Micro has conducted an analysis into the behavior of the Geost trojan by reverse engineering a sample of the malware. The trojan employed several layers of obfuscation, encryption, reflection, and injection of non-functional code segments that made it more difficult to reverse engineer. Read this blog for further analysis of Geost.

The data of train commuters in the U.K. who were using the free Wi-Fi in Network Rail-managed stations was unintentionally leaked due to an unsecured Amazon Web Services (AWS) cloud storage. Approximately 10,000 users were affected, and data thought to be exposed in the leak includes commuters’ travel habits, contact information such as email addresses, and dates of birth.

To thwart increasingly dangerous cyber criminals, law enforcement agents are working to “burn down their infrastructure” and take out the tools that allow them to carry out their devastating attacks, FBI Director Christopher Wray said this week. Unsophisticated cyber criminals now have the power to paralyze entire hospitals, businesses and police departments, Wray also said.

More than 200 million records containing a wide range of property-related information on U.S. residents were left exposed on a database that was accessible on the web without requiring any password or authentication. The exposed data included personal and demographic information such as name, address, email address, age, gender, ethnicity, employment, credit rating, investment preferences, income, net worth and property-specific information.

Human security is what matters during a cybersecurity crisis, where skills and muscle memory can make the difference in make-or-break moments. Leaders and culture are the most important predictors of cyberattack outcomes, so it’s time to stop under-investing in human security.

Ransomware Attacks Prompt Tough Question for Local Officials: To Pay or Not to Pay?

There were at least 113 successful ransomware attacks on state and local governments last year, according to global cybersecurity company Emsisoft, and in each case, officials had to figure out how to respond. Read this article to find out how officials make the tough call. 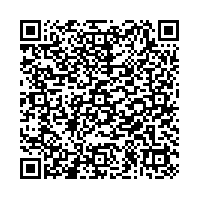