Twitter is pointing the finger at an unnamed third-party app as the party responsible for a string of cryptocurrency giveaway scams in recent weeks involving some major brands.

Throughout the year, the popular social media platform Twitter has been in a losing battle against a massive botnet and cybercriminals who are hijacking prominent, verified accounts and using them to steal cryptocurrencies from their user base.

Despite the problem being a lingering one, in recent weeks, the frequency of the scheme had appeared to escalate significantly, hitting a total of four big name brands and resulting in thousands of dollars in stolen cryptocurrency.

The scammers first targeted a British fashion brand and the United Kingdom arm of a French film studio, and shortly after set their sights on U.S. retail giant Target, and search engine powerhouse Google, via their G Suite brand account. The accounts were used to tweet promoting a cryptocurrency giveaway scam, and the tweets were promoted via the platforms paid advertising system.

Over $185,000 in cryptocurrencies such as Bitcoin and Ethereum were stolen from Twitter users as a result.

Shortly after Target was hacked, Twitter claimed it had implemented some security measures aimed at preventing the frequency of the scheme that have long been plaguing the social media platform. Not even hours later, Google’s G Suite account was hacked, suggesting more might be at play.

Target had initially apologized to its audience after the retailer’s “Twitter account was inappropriately accessed,” but after blamed it on a third-party app.

Now, Twitter itself is pointing the finger at an unnamed third-party app as the backdoor hackers used to post the tweets promoting the crypto giveaway scam. A spokesperson for Twitter confirmed to Hard Fork that it was a third-party marketing app that was hijacked and used to promote the scam.

Twitter itself was tight-lipped over which app might have been responsible. Major brands often use third-party marketing software, apps, or platforms to help them in their marketing efforts to better reach their target audiences, allow for the scheduling of posts, and to allow for better tracking metrics than what is traditionally offered from platforms like Twitter and Facebook.

Such examples of social media marketing apps would be Hootsuite, or Buffer.

The social media giant has been on the defensive for much of 2018, and the cryptocurrency scam has taken advantage of thousands of eager investors seeking to make a quick buck.

The issue has become so widespread, that celebrities and cryptocurrency industry icons have begun voicing their concerns, calling for action, and are even adding phrases like “not giving away crypto” to their usernames in an attempt to warn users. 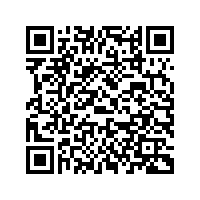