Two CryptoMix Ransomware variants emerged in a few days, a circumstance that suggests the operators behind the threat are very active.

Malwarebytes’ researcher Marcelo Rivero has spotted a new variant of the CryptoMix ransomware.

The CryptoMix Malware family was spotted more than a year ago, numerous improvements were added across the time, except for the encryption method that remained the same.

Since the beginning of this year, researchers discovered at least three other CryptoMix variants in the wild, Wallet, CryptoShield, and Mole02. 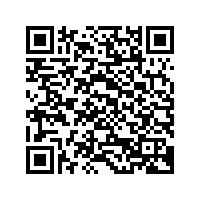