Earlier this week,security researchers unearthed two familiar strains of malware specifically targeting Mac users, according to a new report from Ars Technica. While both pieces of malware are admittedly clunky and decidedly unsophisticated, it’s nonetheless something Mac users will want to keep an eye on. The first piece of malware, interestingly enough, relies on an old technique that malware creators previously used with great success on Windows machines back in the day. Specifically, the malicious code resides inside of Macros that spring into action when a modified Word document is opened and the appropriate permissions granted. 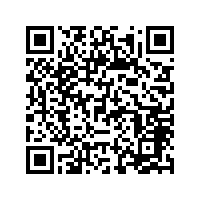