It’s no secret that 2018 has been a rough year for cryptocurrencies, with Bitcoin falling over 80% from its 2017 highs, and most major altcoins dropping 90% or more. Despite the market’s poor performance, one venture capitalist laid out his case for why Bitcoin and Ethereum are currently oversold from a fundamental standpoint.

The past few weeks have been especially volatile, with both Bitcoin and Ethereum setting fresh 2018 lows. Last Friday, Bitcoin fell to $3,300 and Ethereum fell to $83, the lowest prices these cryptocurrencies have seen in all of 2018. The market’s recent performance has been particularly disappointing to crypto investors, as many of them anticipated a Winter rally resembling that which occurred in late-2017, but instead they got fresh lows and dwindling signs of fundamental strength.

Although the recent drops have led the overall market sentiment to hit rock bottom, Chris Burniske, a partner at the New York-based venture capital firm, Placeholder, offered a more optimistic view of the current markets in a recent Medium post, titled “Bitcoin & Ethereum: Prices are Down More than the Fundamentals.”

Initially, Burniske defined his terms and explained to readers that for him, the fundamentals of cryptocurrencies are defined by the health of their supply-siders and demand-siders.

Furthermore, Burniske claims that network value – which is found by multiplying the price per unit by the number of outstanding units – is the term he will use to show the aggregate value the market is placing on a specific crypto-network.

While comparing the network activity to the price of both Bitcoin and Ethereum, an interesting trend can be found: network values are down significantly more than the daily number of transactions.

These statistics clearly show that from a fundamental standpoint, as defined by Burniske, both Bitcoin and Ethereum are oversold.

He adds to this argument by referencing the “native demand metric” of each network, which is the secure movement of value for Bitcoin, and processing smart contract computations for Ethereum.

When breaking down the decline in the native value metric for these two cryptocurrencies, and comparing that to their price declines, it becomes even more clear that they are fundamentally oversold.

“The two charts above are my favorite, as they show what I consider the most native demand-metric of each network. For Bitcoin, that’s securely moving value, and for Ethereum, it’s processing smart contract computations… Since their respective peak prices, Bitcoin’s and Ethereum’s network values are down 81% and 93%, respectively, whereas demand for their respective native functionalities is down 74% and 7%, respectively,” he explained.

When mulling over these numbers, it becomes crystal clear that although Bitcoin and Ethereum are both trading down significantly from their all-time-highs, their utilization has not decreased enough to justify such a large drop, which signals that they are fundamentally oversold. 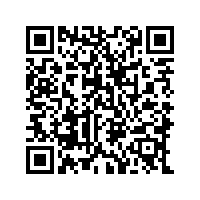