The Cypriot government has signed an MoU with blockchain startup VeChain through its national investment partner Invest Cyprus for developing the blockchain industry in the country.

Singapore-based blockchain platform VeChain Foundation, U.S. blockchain startup CREAM, and the national investment partner of the Republic of Cyprus, Invest Cyprus, have signed a Memorandum of Understanding (MoU), per a press release published Oct. 26. The MoU is focused on establishing a framework in the field of blockchain technologies and related use cases.

Per the MoU, the parties will work on a number of national level investment strategies, which involve blockchain-powered economies and promote blockchain technology, particularly in financial services. The agreement also aims to inform government policy making in the blockchain industry, in addition to facilitating economic development in Cyprus.

The suggested reforms will purportedly comply with regulatory procedures such as Anti-Money Laundering (AML) and Know Your Customer (KYC) requirements, E.U. law, and other regulations.

In order to complete the designated objectives, VeChain and CREAM will reportedly found a joint venture in Cyprus, that will assist in the development and implementation of blockchain solutions. Michalis P. Michael, Chairman of Invest Cyprus, said that Invest Cyprus sees blockchain “as both transformational and fiscally restorative at the infrastructure level.” Michel added:

“We are investing in the development of the fintech, blockchain sector and we plan to be at the forefront so that we can facilitate investments and economic development in Cyprus and the region.”

In November last year, the Cyprus Securities and Exchange Commission (CySEC) announced its intention to integrate blockchain in its electronic payment system through a partnership with the Blockchain Technology for Algorithmic Regulation and Compliance Association (BARAC).

With the launch of the blockchain-based electronic payment system, consumers are expected to reap several benefits like faster transactions, reduced fees and improved payment transparency.

This summer, VeChain and global logistics provider DB Schenker jointly developed a blockchain-based supplier evaluation system to score DB Schenker’s third-party logistics partners in China. The system will rate partners based on collected data for services such as packaging, transportation, and the quality of goods. 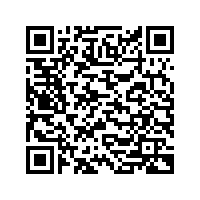