A veteran commodities trader who was responsible for one of the most accurate price calls in cryptocurrency history has spoken about where he believes the price is now heading. Peter Brandt correctly predicted that the speculative mania surrounding the Bitcoin price was over back in January and that the asset would lose 80% or more of its value.

According to Brandt, the Bitcoin price has followed a well-established pattern this year. He also believes that the market is not finished bleeding just yet.

The 71-year-old, experienced trader spoke to Yahoo Finance recently about last year’s prediction and about where the market is heading both in the short and long term.

Brant Tweeted his original Bitcoin price collapse prediction at the start of this year, just as the bubble had begun to burst:

General TA rule — violation of parabolic advance leads to 80%+ decline in value. If general rule is followed, BTC should retrace to <$4,000. Note: This Tweet does not make me a hater. pic.twitter.com/jDNI1osinU

When asked about how he knew the price would react so violently in the opposite direction to the 2017 bull market, Brandt said it was not a hard call to make:

“I’ve seen that sort of thing take place so many times in the past and they always end the same — prices always fall 80% to 90%.”

The trader has been pretty much spot on with his call thus far too. Bitcoin has fallen by just over 80% throughout 2018. The leading digital asset reached its all-time high of around $19,600 almost a year ago to the day. It has since plummeted to its current price point of roughly $3,850, at the time of writing.

Going forward into the immediate future, Brandt sees a return maybe as high as $4,600 but expects to see sideways trading before the next major Bitcoin price action – downwards.

Brandt says the current move upwards is just another dead cat bounce and there is more pain to come for traders holding on to a bullish outlook:

“It’s a possibility, this is a strong downtrend… There is a tendency in bear markets to retest previous highs… but then I think it gets exciting again.”

Before it can get “exciting again”, however, Brandt believes that there must be one more massive shakeout – one capable of testing the nerve of even those most committed to the space. This drop could see prices as low as the 2013 all-time high of around $1,200:

“Crypto won’t have any friends at that point… Even the crypto die-hards might start to think they are done with it.”

Despite the apocalyptic lows Brandt foresees in the medium-term for Bitcoin, his long-term outlook remains bullish. The veteran trader holds that if the asset can manage to survive a dip right down to $1,200, another bull run could easily see the price exceed its previous highs.

This return to the upside seems to be much more a matter of when rather than if too. With the amount of infrastructure and protocol improvements that have been occurring throughout 2018, once the market recovers from the fallout of last year’s speculative mania, the functionality, along with the accessibility of Bitcoin will allow it to be seen as a much more valuable asset than previously. This can only mean higher prices once again. 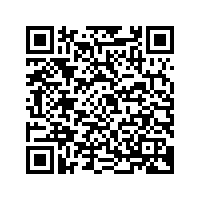